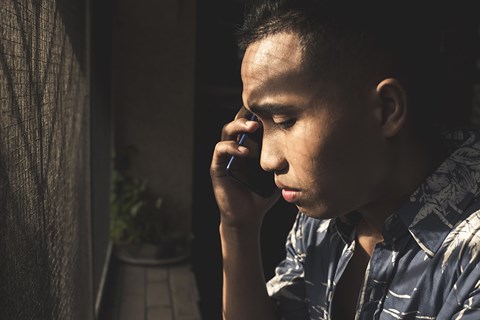 A recent case before the Fair Work Commission (FWC) has served to highlight the provisions around demotions and the circumstances in which they can constitute a dismissal.

The FWC has, in a recent case (Aug 2021) found that a significant pay reduction, with no change to the employee’s role and responsibilities, was a demotion constituting ‘dismissal’ within the meaning of s 386 of the Fair Work Act (‘FW Act’). This highlights the fact that employees may be able to challenge a demotion which reduces their pay but provides for no change to their duties, under the unfair dismissal provisions of the FW Act, even where they continue to be employed in the same role.

In Todd James v NSW Trains, Mr James had been employed as a shift manager with NSW Trains for over 30 years.

Following an investigation into allegations of misconduct, Mr James was disciplined. His employee classification was lowered and his gross annual pay was reduced from $141,442 to $127,569. There was no change to Mr James’ duties nor his location of work. Mr James then filed an unfair dismissal application in the FWC.

What is a demotion?

“to reduce to a lower grade or class (opposed to promote)”

His Honour found that Mr James had been demoted. In addition to his reduced remuneration, it was concluded that changes to Mr James’ employee classification also supported the finding that he had been demoted.

The relevant Enterprise Agreement specified classifications from RC1 to RC7, each of which contain increments “Level A” to “Level E”. DP Saunders found that both the classifications and the incorporated increments, were ‘grades’ within the meaning of ‘demotion’. His Honour gave weight to the fact that the Agreement described these levels as ‘grades’, and provided for progression between them based on performance, with higher remuneration payable at each level

When does a demotion constitute a dismissal (termination of employment)?

Section 386 addresses the meaning of the word ‘dismissed’ for the purposes of the FW Act.  It states that a person has been dismissed if their employment has been terminated at their employer’s initiative, or alternatively if they have been forced to resign by their employer’s conduct.

In Todd James, DP Saunders endorsed his own reasoning from the matter of Scott Harrison v FLSmidth Pty Ltd (‘Harrison’) [2018] FWC 6695, which held that a demotion will constitute a dismissal when it involves a significant reduction in the employee’s remuneration or duties, and the employee remains employed by the employer that effected the demotion

Harrison, of which forty paragraphs are extracted in the Todd James decision, attempted to reconcile judicial differences dating back to the Workplace Relations Act and earlier. Cases such as Charlton, Navitas, Moyle and Visscher, considered the meaning of the term ‘termination of employment’ – which was also used to define dismissal under that scheme – and particularly whether this necessitated the termination of the employment contract, or merely the employment relationship.

This finding highlights two important factors for the meaning of ‘dismissal’ under the FW Act.

What constitutes a ‘significant reduction in duties or remuneration’?

His Honour concluded that a significant reduction is one that is:

‘important, or notable, or of consequence, having regard to its context and intensity’, and excludes ‘minor or unlikely’ impacts.

DP Saunders also considered the demotion’s impact on annual leave, long service leave, superannuation and redundancy pay (given Mr James’ likely redundancy in the next six months or so).

For these reasons, the demotion was found to constitute a significant reduction in remuneration.

What to take away from Todd James?

Todd James is notable for the fact that a mere reduction in grade and pay was found to constitute dismissal within the meaning of the FW Act. At the time of writing, proceedings are underway as to whether that dismissal was unfair.

Although the decision builds heavily off Harrison vs FLDSmith, unlike the employee in Harrison, Mr James experienced no demotion in duties or responsibilities.

For employees, these decisions give rise to the possibility of challenging certain disciplinary actions, and their fairness, under the unfair dismissal scheme.

Like Harrison, Todd James reinforces the only test; that is, whether the demotion imposed a significant reduction in the employee’s remuneration or duties, and whether they remain employed by the employer.

Todd James also gives guidance on the level of reduction considered to be ‘significant’.

If you’ve been demoted and that demotion has resulted in a significant reduction in your pay without any change to your role or duties, it is crucial that you seek advice early. It is important to note that strict time limits apply to lodging an unfair dismissal claim.

Get in touch with today's blog writer:
Billy McEvoy

Other blog posts by Billy...