Unions are good for workers and good for society 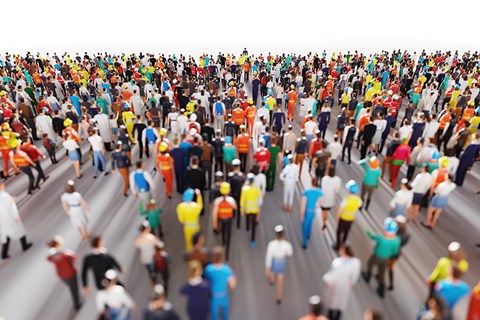 Unions have a proud history in Australia of fighting for and winning improved rights and conditions for their members and for workers more generally. At Hall Payne, we think it is integral that these victories are continually recognised and celebrated so that society continues to appreciate the key role unions have played in Australia’s history; not just for workers but for their families and their communities.

The original goal of the Australian Labour movement was effectively, to improve the lives of working people. This centred on issues like:

It’s important to remember that when we talk about “unions”, we’re not only talking about the registered organisation; we’re talking about all the individual members too. Unions battled and fought hard for the eight-hour workday, during a time when it was standard to work 14-hour days, six days a week with no sick or holiday leave. We have come a long way since the 1800’s.

What unions are doing for you today

In the 1970’s the Unfair Dismissal Protection originated from the idea of a “fair go all around” where the union took a case on behalf of a worker who was unfairly dismissed from their employment.

Unions have always campaigned for laws that reflect the notion and principles of a ‘fair go’. For unfair dismissal, it means that an employer must have a valid reason to dismiss an employee and the law now states that the dismissal cannot be ‘harsh, unjust or unreasonable.’

This is not only a right for union members. This is a hard fought for right for all workers.

When workers become new parents, the least of their worries should be about work. Unions worked with the Gillard government to introduce paid parental leave in 2010 which entitled working parents of children born or adopted from 1 January 2011, to a maximum of 18 weeks of paid maternity leave and up to two weeks of paid paternity leave.

In 2018, an Australian Council of Unions led case brought about five days of unpaid leave for workers experiencing domestic violence. This will help save lives and bring stability to affected Australians. The union movement continues to campaign for paid family and domestic violence leave, a campaign that Hall Payne supports. Hall Payne has its own scheme of paid leave for its employees.

Getting paid what you deserve

Collective bargaining is a process of negotiation between employees and employers in relation to agreements aimed at regulating working salaries and conditions.

In the 1990’s, enterprise bargaining under legislation was introduced which enabled workers and their unions to negotiate pay and working conditions at the enterprise level.

The legislation now has a range of protections in relation to the bargaining and approval of such agreements. The Australian Bureau of Statistics indicates that collective bargaining undoubtedly produces better wages than individual agreements or where employees are under modern awards.

Advocating for workers during a pandemic

Unions have been closely working with governments (state and federal) during the COVID-19 pandemic to ensure workers’ rights continue to be upheld.

The introduction of JobKeeper legislation incorporated changes to employment arrangements, such as reducing work hours. Certain awards were varied through the Fair Work Commission to facilitate and promote flexibilities to working arrangements and introducing pandemic leave entitlements.

Unions campaigned for the introduction of a special wage supplement for workers stood down due to the pandemic, which was eventually adopted by the Government. Unions continue to campaign for new protections like paid vaccination leave.

The value of joining a union

Union members undoubtedly have better access to justice and fairness when they are wronged, compared to non-union members.

Since the pandemic, union membership has increased and for good reason. During tough economic times and periods of global uncertainty, unions do not back down. They continue fighting and advocating for all Australian workers to be supported and for employers to uphold and maintain the principles of workplace laws. Unions are a powerful and collective voice that help protect everyday working Australians and fight for fairness more broadly in society.

The key functions of the union include:

Joining a union today gives you access to working collaboratively with union representatives who are on your side when you need them, along with:

They will work diligently to ensure you receive your rights and entitlements.

Your union membership ensures advocacy, support and representation in situations of:

The best part – the fees are low and tax-deductible. In a time when you feel wronged, you know your first point of call is your union. They will recognise your workplace issue and advocate for you.

Need help with a workplace issue?

If you're facing issues in the workplace including unfair dismissal, discrimination, award breaches or workers compensation concerns just to name a few, you should contact your union or you can contact a Hall Payne lawyer to ensure your rights are protected.