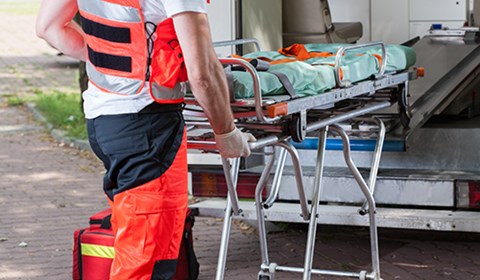 Hall Payne Lawyers recently represented United Voice, Northern Territory Branch in respect of its ongoing industrial dispute with St John Ambulance Australia (NT) Inc.  United Voice paramedics in the Northern Territory have been engaged in various forms of protected industrial action in pursuit of their claims in respect of a new enterprise agreement.

This industrial action commenced in February 2014.  In August 2014, St John issued Notices pursuant to section 471 of the Fair Work Act proposing to deduct amounts of up to 12% from paramedics pay in respect of each shift during which the paramedics participated in the partial work ban.

United Voice commenced an application pursuant to section 472 seeking that the Fair Work Commission reduce the proposed deduction on the basis that the deduction was unreasonable given the nature and extent of the industrial action and was unfair.

The matter was to be heard to be heard in the Fair Work Commission on 17 September 2014.  Prior to the matter being heard, at the direction of the FWC, United Voice and St John reached a consent position.  United Voice was successful in reducing the proposed deduction in respect of the vast majority of paramedics in the Northern Territory of over 60%.  This was a significant victory for United Voice  and for its paramedic members.