2015 in Review: Workers Compensation in Queensland 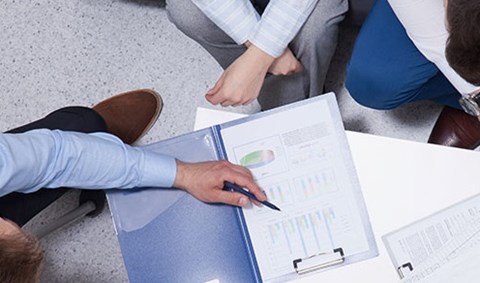 After a tumultuous period at the hands of the Newman Government, 2015 has seen significant changes to the legal framework for workers compensation in Queensland.

As the year comes to a close, HPL Directors Cameron Hall and Linda Brangan walk us through how the current workers’ compensation scheme in Queensland came about, and how it might apply to you.

Having been subject to thorough review and amendment in 2010 by the then Bligh Labor Government, the Newman Government took aim at the reformed workers’ compensation scheme. It referred responsibility for a review of the scheme to Parliament’s Finance and Administration Committee, who made a number of recommendations.

The most significant of these findings were that:

• Amendments brought in to address the increase in common law claims had not been fully realised at the time of the their review due to the three statute of limitations that applies to common law claims. On that basis the Committee determined that there should be no changes to the current system.

• The Committee recognised that imposing thresholds to accessing common law rights would improperly remove rights from one group of citizens that were available to other citizens.

The Newman Government did not accept the recommendations of its own Committee, amending legislation which the review had found to be working well and was widely accepted to be one of the best systems in the country. These amendments introduced a threshold requiring more than 5% permanent impairment resulting from an injury before an employee had the ability to sue their employer in negligence, along with a number of other restrictive requirements.

Until very recently, this has been the workers’ compensation scheme operating in Queensland.

Hall Payne Lawyers is recognised as a substantial stakeholder in workers’ compensation injury in Queensland. The firm has been actively involved at a political level lobbying governments for fair and appropriate workers’ compensation benefits for Queenslanders. When the Newman Government set its sights on Workers’ Compensation legislation, we joined with a handful of labour law firms in creating the Work Cover Protection Coalition, a crucial player in creating a groundswell of public opposition to these amendments. On the back of this opposition, the Queensland Labor Party campaigned with a very clear policy to wind back this unfair injury threshold and, in January 2015, won the election with this policy as part of their platform.

Following that victory, Parliament’s Finance and Administration Committee commenced a review of the changes, accepting submissions and inviting further feedback via a very limited public hearing. Hall Payne Lawyers was involved at both these stages, as one of the only firms of lawyers invited to participate directly with the committee.

Based on this review, the Palaszczuk Government made good on that election promise, with the Workers’ Compensation and Rehabilitation and Other Legislation Amendment Act 2015 coming in to force on 24 September 2015.

The amending Act brought a number of changes which establish the framework for workers’ compensation in Queensland today. It:

• removes the threshold on the entitlement to seek damages that requires a worker to have a DPI of greater than 5% to access common law for all injuries sustained on or after the Queensland State election (31 January 2015);

• introduces provisions for firefighters diagnosed with one of 12 specified diseases that will deem their injury to be work related;

• removes the entitlement prospective employers had to obtain a copy of a prospective worker’s compensation claims history from the Workers’ Compensation Regulator; and

• clarifies certain procedural aspects of the claims process and reduce regulatory burden through a number of minor miscellaneous amendments.

What does the Palaszczuk reforms mean to injured workers in Queensland?

How injured workers are affected by these amendments depends on the date of their work related injury.

Workers who were injured on or before 15 October 2013 or from 31 January 2015 and who have not accepted a lump sum compensation offer for that injury have an entitlement to access common law damages for their injury.

Once these workers have had their DPI assessed, they will have the option of either accepting a statutory lump sum payment offer from their insurer or seeking common law damages for their injury. In effect restoring the position for access to common law damages prior to the Newman amendments.

Workers injured on or after 15 October 2013 and before 31 January 2015 will not have their common law rights restored for work related injuries.

In acknowledging the adverse impact that the threshold will have on this group of workers, an additional lump sum compensation payment has been introduced.

Section 193A of the Act provides that to be eligible for this additional lump sum compensation, a worker must have:

• been injured on or after 15 October 2013 and before 31 January 2015;
• had a DPI of five per cent or less assessed for their injury; and
• not accepted or rejected an insurer’s statutory lump sum offer for that injury.

The conditions and process for how these payments are to be made is outlined under new provisions prescribed in the Workers’ Compensation and Rehabilitation Regulation 2014 (the Regulation).

This includes a requirement that the insurer be satisfied, on the balance of probabilities, that the worker’s employer is, or would have been, liable to pay damages to the worker for their injury but for the application of the common law threshold.

The amounts are fixed and equate to an additional two times the amount of statutory lump sum compensation they are already entitled to for their DPI. The worker may also be compensated for the legal costs prescribed under the Regulation.

Workers who have already accepted a lump sum compensation payment

The changes introduced by the Amendment Act provide that an injured worker must not have already accepted a lump sum compensation offer for their injury from the insurer if they are to be eligible to receive an additional lump sum payment.

A large number of injured workers who will not benefit from the Palaszczuk amendments remains because they will have already accepted their lump sum compensation. This group of injured workers do not have their common law rights reinstated

Still not sure how these changes may effect you?

If you require any assistance with your claim for compensation please do not hesitate to contact HPL Directors Cameron Hall and Linda Brangan on 1800 659 114.