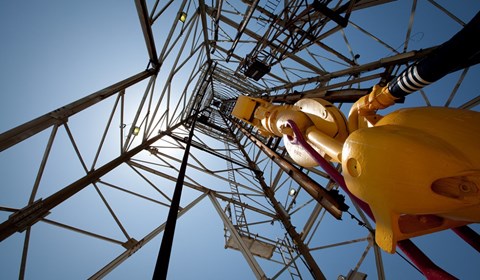 After almost three years of litigation, the Federal Court has identified Rio Tinto’s “disturbing level of recalcitrance” and “hollow” claims as CFMEU member wins compensation and a penalty of a further $50,000 is awarded to the Union.

In February 2016 Justice Reeves of the Federal Court found in favour of the CFMEU after the Hail Creek mine, a subsidiary of Rio Tinto, were found to have taken adverse action against Michael Haylett. The adverse action occurred after Mr Haylett was awarded $630,000 in compensation for an injury sustained while driving a bulldozer at the Mine, with Rio Tinto standing him down from his ongoing position following this decision in the Queensland District Court. A summary of this adverse action finding is available here.

In August 2016 Reeves J handed down a further decision concerning the remaining issues of compensation and penalty, the latest in a series of CFMEU member wins. In his reasons, Reeves J continued his criticism of Rio Tinto, whose behaviour he labelled “disgraceful” in the earlier 2016 decision.

While the Court required further calculations to make an order on compensation, Reeves J rejected Rio Tinto’s argument that there was no entitlement to compensation because of the award in the District Court. The Federal Court found that the two awards were directed to different purposes, with the current matter being to compensate Mr Haylett for past and future loss of wages resulting from the contraventions of the Fair Work Act. The judgment provided for an award of compensation, along with back pay, to be made to Mr Haylett.

The Court did, however, determine the penalty to be paid – and in doing so made a strong statement on what consequences may flow from the kind of behaviour displayed by Rio Tinto. Reeves J found that there had been no satisfactory explanation for their conduct, and that they had demonstrated “a disturbing level of recalcitrance”.

Reeves J made specific reference to Hall Payne Lawyers’ attempts to find a quick resolution to the issue when, in early 2014, we approached Rio Tinto. They refused to reconsider their approach. Later in 2014 and again in 2015, after successes in the Supreme Court and then in the Court of Appeal, we again requested that Rio Tinto reconsider their position. They refused. Reeves J highlighted these occasions as further compounding the seriousness of their wrongdoing.

Reeves J found that Hail Creek’s submissions demonstrated they had no insight into their wrongdoing, and that they had shown no remorse for their contraventions. Further, the court labelled Rio Tinto’s submission that they had been acting out of concern to comply with the Coal Mining Safety and Health Regulations and Act “particularly hollow”, given the complete lack of regard they had for the effects of their actions on Mr Haylett.

The Court awarded the significant penalty of $50,000, to be paid to the CFMEU, for the “serious and persistent wrongdoing” of Rio Tinto. Subject to the provision of calculations for the award of compensation, this decision is the latest in a suite of decisions condemning the behaviour of Rio Tinto and CFMEU member wins.

This case has been running for almost three years, with challenges at every turn. It is the case of a coal miner who dared to take on a multi-national, with Rio Tinto determined to use him as an example to prevent other workers from making similar claims for compensation. With the ongoing support of the CFMEU and Hall Payne Lawyers, that position was turned around, with the Federal Court ultimately using compensation and the award of penalties to the CFMEU to make an example of Rio Tinto. It is further testament to the importance of resilience and Union support in ensuring and enforcing your rights at work.

If you require any assistance in relation to your right to work, or the enforcement of your rights, please do not hesitate to contact HPL Principal Luke Tiley and HPL Associate William Ash on 1800 659 114

View the full decision here.
This decision has been part of a series of long-running litigation. You can see summaries of previous decisions here: