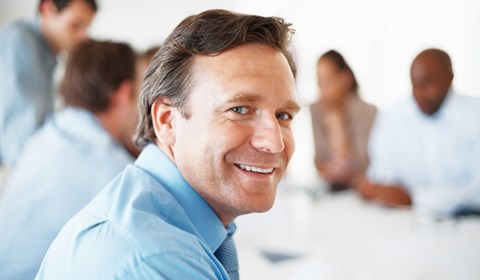 Our client had to stop work because of Post Traumatic Stress Disorder. When he did, his super fund rejected his insurance claim, arguing he didn’t meet the “at work” definition. We fought that decision, and won.

Our client suffered Post Traumatic Stress Disorder while working as a Parking Attendant for his local council, where he was subjected to a number of physical encounters with fined customers. He was not able to concentrate or do his job properly, becoming increasingly scared of dealing with people and angry at what was a terrible situation to be working in. Suffering from nightmares and flashbacks, the symptoms of his condition eventually overwhelmed him. Without being able to perform these day to day tasks, our client had no other option but to stop work.

Our client made a claim for total and permanent disablement (TPD) benefits under the insurance cover he held through his superannuation policy with Sunsuper. Sunsuper argued he did not meet the “at work” definition of his policy and as a result he could only access a small amount of insurance. HPL thought that initial decision was wrong, and took on the case on a no win, no fee basis meaning that if he didn’t win, he didn’t pay.

We made a complaint to the Super Fund seeking to overturn the decision. Sunsuper maintained their stance. They claimed they had evidence he had been on restricted duties and therefore did not meet the “at work” definition.

We submitted a complaint to the Superannuation Complaints Tribunal. Through this process we argued, and were able to show, that our client did meet the “at work” definition. We obtained evidence from Council that he was performing the full duties of his job, and that he had given out over 20 parking fines a day – meeting his job description and working without limitation. From the evidence we provided it was very clear that our client met the “at work” definition.

At conciliation Sunsuper agreed. Based on our submissions it was difficult to argue that our client hadn’t met the “at work” definition, meaning he was eligible for, and entitled to, the full benefit of his insurance. Following this our client received the extra $100,000 in TPD benefits that was rightfully his.

Our client has had trouble meeting day to day bills and mortgage payments since stopping work. This win means he’s no longer in the tough financial position that being out of work suddenly left him in.

If you’ve had a claim rejected and you suspect this was the wrong decision, legal assistance can help you get it overturned. For a free consultation and assessment of your prospects, our teams across Queensland, NSW, Tasmania and the Northern Territory can help. Contact us on 1800 659 114 or via our online inquiry form to find out how.