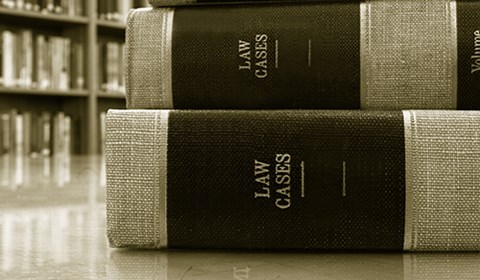 The Queensland Supreme Court has awarded a former electrician in excess of $1.28 million in damages for injuries sustained in a motor vehicle accident on 1 July 2011. The judgment by Justice Duncan McMeekin is considered to be the highest injury compensation in any jurisdiction in Australia for a non-catastrophically injured electrician.

On 1 July 2011, whilst driving home from work, Mr Martin was involved in a rear end collision on the Peak Downs Highway north of Clermont when his stationary vehicle was hit with speed causing it to be shunted forward and colliding with the vehicle in front.

Prior to the accident, Mr Martin had an exemplary work history with decades of experience working as a highly skilled electrician in both the mining and commercial sectors. Mr Martin was 39 years of age at the time of accident and 44 at the time of trial. It was accepted that he had sustained a moderate lumbar spine injury and a minor cervical spine injury.

Following the accident Mr Martin was limited in his capacity to perform various manual tasks and precluded from returning to work as an electrician. As a result he suffered significant financial hardship, had to sell the family farm and was forced to follow a nomadic life; often living in caravan parks, men’s shelters and sleeping rough using a swag.

In court, the defendant contended Mr Martin’s injuries were not severe, and that Mr Martin lacked the motivation to obtain alternative employment. They alleged a failure to mitigate loss.

Cale Fryer, Senior Associate with Hall Payne Lawyers, acted for Mr Martin. Mr Fryer noted that had Queensland had in place thresholds similar to those in place in other states then Mr Martin would have most probably been denied his right to seek compensation.

“This seemingly moderate injury has had a very significant adverse impact upon my client’s ability to earn an income in his chosen trade. Even a 5% threshold (if it was in place) would most probably have meant that he would not have been able to pursue his right to seek compensation due to the negligence of the at fault driver” Mr Fryer said.

The case examines the difference between the concept of assessment of physical impairment (which is based on strict medical criteria) and that of ‘disability’ which demonstrates how that physical impairment adversely impacts the injured person’s life, in particular his or her ability to earn income following injury.

“We have a well funded and fair compulsory-third-party (motor vehicle) insurance scheme in place in Queensland, and this case highlights the importance of keeping it that way”, he said.

“My client can now get on with trying to get his life back together, and whilst this award won’t relieve him of the many challenges he will continue to face going forward, it will allow him to obtain a reasonable quality of life, which has been denied him since the accident”

If you suffer an injury or illness that impacts your ability to work we can help. Contact Cale Fryer or Principal Cameron Hall on 1800 659 114 for a consultation today or complete an online inquiry form.