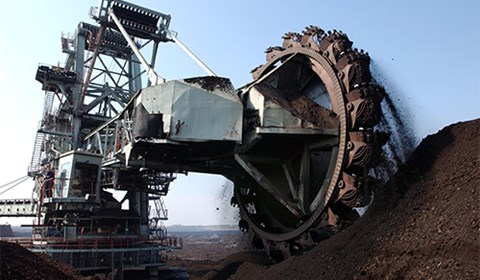 The Federal Court has found that Rio Tinto, operator of the Hail Creek Mine, unlawfully victimised a worker and CFMEU member who had won a $630,000 damages claim against the Mine. Justice John Reeves described the case as one with “remarkable history” characterised by the “resilience” of the worker and the “recalcitrance” of Rio Tinto.

The worker, Michael Haylett, injured his neck driving a bulldozer at the Mine. Rio Tinto admitted its negligence caused the injury. When Mr Haylett returned to work, in October 2010, the Mine assigned him to work on a drill rig. He worked in that role for 3 years without any issue.

The Queensland District Court awarded Mr Haylett $630,000 compensation for his injury in November 2013, taking into account that Mr Haylett continued working at the Mine. Five days after that decision Rio Tinto stood Mr Haylett down, asserting he did not hold a valid health assessment. He remained stood down with pay until March 2014, when his pay was stopped.

In September 2014, the Mine sent Mr Haylett for a second health assessment. When the Mine’s nominated medical advisor assessed Mr Haylett as fit subject to restrictions, the Mine contacted the doctor and asked him to change his report. Justice Reeves noted during the hearing that it was “disgraceful” that Rio Tinto’s “staff prevailed on [the doctor] to change a report directed towards the safety of an employee, because that served [the Mine’s] litigious or commercial or industrial…convenience.”

Justice Reeves was critical of the refusal to return Mr Haylett to work following the Court of Appeal’s declaration, commenting that it was confounding an organisation of the status of the Mine could obstinately maintain the incorrect view.

In commenting about the purpose of the health assessment scheme Justice Reeves said in the hearing “It’s not something that the employer can use to dispose of workers because they’re suffering from a disability. It’s a process that requires assessment in the interests of the worker every five years to ensure that they’re not being affected by working in a coal mine.”

The outcome is a vindication of the Union and Mr Haylett’s insistence on rights at work, and is a testament to Mr Haylett’s resilience in asserting his rights.

The Court will hold a further hearing on 18 April 2015 to determine compensation and penalties.

If you require any assistance in relation to your right to work please do not hesitate to contact HPL Principal Luke Tiley and HPL Associate Juliana Virine on 1800 659 114.