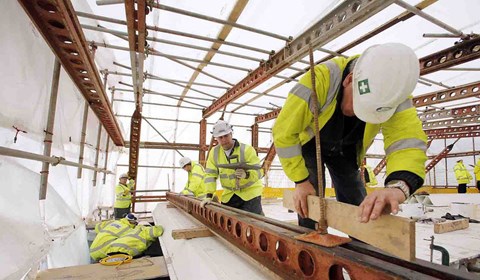 The Queensland police have dropped all charges against CFMEU organiser Justin Steele in the fifth instance of failed charges by the Police Taskforce.

In May of last year a developer made a complaint against CFMEU organiser Justin Steele. The allegation was that Mr Steele had assaulted the developer while attempting to enter a Brisbane construction site to investigate complaints on matters relating to safety.

Mr Steele was taking photographs of unsafe practices on the South Brisbane site when the developer stopped him from entering, demanding he give up his phone. Mr Steele walked away, with the developer following him. An argument followed. The incident was recorded by both sides, with the footage showing the developer striking at the defendant, but providing no support for the claim that Mr Steele assaulted the developer.

Any criminal charges must be proven beyond reasonable doubt, yet the allegations of assault could hardly be made out based on these recordings.

This matter was first mentioned in June of last year. It was initially referred to mediation, with the developer cancelling the mediation and the matter being listed for trial. Following extensive preparation for trial, in December 2015 the developer again entertained the idea of mediation despite having earlier refused it. We agreed with this course, and have been working towards mediation which was set to take place in February. In a bizarre turn of events, the developer cancelled this mediation as well.

The protracted nature of what was an unsubstantiated allegation has come at significant cost to our client. Based on the developer’s approach to this matter, the trivial nature of the assault charges, the questionable context under which the charges arose and the significant resources already expended by both the State and the defendant, we requested the police drop these charges.

On 23 March 2016 the Queensland police dropped all charges against our client; police prosecution offered no evidence upon the common assault and associated charges.

Luke Tiley, Principal at Hall Payne Lawyers, said he is not surprised that the TURC police taskforce was unable to persist with the charges against the organiser.

“This is another example of inappropriate use of police resources to regulate the conduct of industrial relations. It is the second time in as many months that the TURC police taskforce has had to discontinue charges against officials of our client, the Queensland Branch of the Construction Division of the CFMEU”, he said.

If you require any assistance in relation to right of entry or an attempt to involve police in the conduct of industrial relations matter, please contact HPL Principal Luke Tiley (Brisbane) or HPL Associate Joseph Kennedy (Sydney), available on 1800 659 114 or via the contact form.