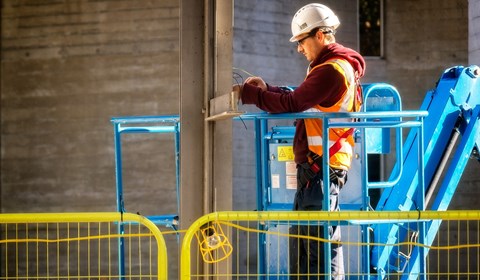 The ETU has successfully obtained three protected action ballot orders despite opposition from NECA, the peak body for employers in the electrical contracting industry.

The Communications, Electrical, Electronic, Energy, Information, Postal, Plumbing and Allied Services Union of Australia (the ETU) recently made three protected action ballot applications under the Fair Work Act. NECA, the peak industry body representing employers in the electrical contracting industry, attempted to challenge the applications on the basis that the agreements included content that was not about “permitted matters”, so the ETU was not genuinely trying to reach agreement.

NECA also originally argued that the ETU was engaged in pattern bargaining but that argument was later abandoned.

The Fair Work Commission rejected all of NECA’s arguments. Senior Deputy President Richards referred to precedent establishing that scrutinising claims to determine whether they are about permitted matters was an unnecessary delay to the agreement approval process, and that it was therefore inconsistent with the relevant objects of the Act. Instead, the Commission found that there were a number of considerations to be made, including when any concerns were voiced and what the response from the relevant union was to those concerns. In this matter, the employers waited until the day of the hearing to articulate their argument in detail. This was despite the ETU having written to the employers asking them for notification of any concerns, and that negotiations had already been in progress for some time, giving ample opportunity for the employers to express their concerns. SDP Richards was critical of the employers’ behaviour, noting that at no stage during any of the discussions did the employers raise their concerns.

To have these objections to an application for a protected action ballot order rejected so conclusively confirms that where an alleged non-permitted matter is contained within an agreement it does not necessarily follow that the union was not genuinely trying to reach agreement, nor will it necessarily be relevant to determining that question.

This matter saw the employer’s association trying to limit the rights of the workers and the union in the negotiation process. By working with Hall Payne Lawyers, the ETU were able to demonstrate the flaws in their arguments, succeeding in their applications for three protected action ballot orders.

If your employers try to stop you taking protected action, we can help fix this for you. Please contact HPL Principal Luke Tiley (Brisbane) or HPL Associate Joseph Kennedy (Sydney), available on 1800 659 114 or via the contact form.