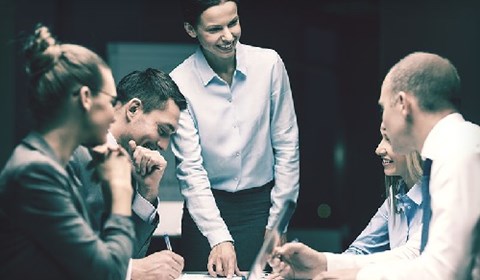 What started as an unfair deal pushed upon staff at Capalaba Sports Club has ended in the opportunity for hundreds of hospitality workers around the country to claim unpaid penalty rates from HospitalityX.

In May 2015 management at the Capalaba Sports Club had a meeting with all casual employees, informing them that they were being outsourced to Hospitality X, a subsidiary of AWX. During this process, staff were told that there would be a new certified agreement, which gave the club the option to stop paying penalty rates for work on nights, weekends and public holidays. Staff were given 72 hours to sign on to the agreement.

One worker, Samarah Wilson, refused to sign on to this unfair deal. She lost her job.

“When I was first told that I was being forced onto an exploitative agreement which removed my right to receive penalty rates I felt sick. I wasn’t sure why my employer would do such a thing, and how it was legal. I kept thinking that it wasn’t fair and it wasn’t right.”

Don Brown, State MP for Capalaba, contacted United Voice who started to campaign publicly. Behind the scenes, Hall Payne Lawyers worked with United Voice to put an end to this exploitative agreement.

In order to find out more information to identify any potential breaches, HPL worked with United Voice to enforce a Right of Entry and gain essential records for future action. This included commencing litigation on behalf of the Union in the Federal Court, alleging a breach of right of entry provisions. Following submissions from United Voice and evidence filed in the Court, HospitalityX produced the requested documents and proceedings were discontinued.

With this information HPL was able to run further litigation on behalf of the Union. In December last year we commenced proceedings alleging a number of contraventions by HospitalityX against two of their employees, members of United Voice. The proceedings were scheduled to take place later this year, but we’re thrilled to announce that HospitalityX has capitulated to the Union’s requests. The members who made the claim have been paid their penalty rates, and the agreement has been binned. Following the campaign, AWX has also made the decision to wind up HospitalityX.

While this win has an immediate impact on the workers involved in the case, its ability to impact hospitality workers everywhere is huge. HospitalityX had hundreds signed up to their shonky agreement, and the result in this matter seriously undermines its legitimacy. Hundreds of hospitality workers around the country may now be eligible for back pay, with United Voice running a campaign to get current and former employees the penalty rates they’ve worked for, and that they deserve.

HPL Principal Luke Tiley ran the case for United Voice and the members who made the claim. “The fact that this unprecedented attempt by HospitalityX to strip away penalty rates from unsuspecting workers was so spectacularly unsuccessful, will send a strong message to other greedy employers”, Luke said.

United Voice’s role in challenging this agreement has been instrumental in pushing for fairer work conditions, and ensuring that hospitality workers continue to get the pay that they’re entitled to.

“Without the help and support of the United Voice community and Hall Payne Lawyers, the great wins that have been achieved for hospitality workers would never have happened. The workers of the Capalaba Sports Club would still be underpaid and disadvantaged by the HospitalityX agreement,” Samarah Wilson, a former employee of the Capalaba Sports Club said. “I am extremely grateful for the hard work and perseverance of United Voice and of Hall Payne lawyers in the fight to see hospitality workers being duly compensated for the unsociable hours they work.”

If you believe you’re not getting the pay you’re entitled to and require legal assistance in enforcing your rights please contact HPL Principal Luke Tiley (Brisbane) or HPL Associate Joseph Kennedy (Sydney), all available on Free Call 1800 659 114 or via the online contact form.