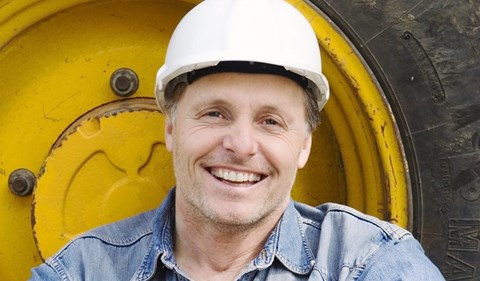 After suspecting an Agreement had been breached, our client, the ETU, had limited options moving forward because the relevant project was complete. With the use of pre litigation discovery, we obtained orders giving them access to documents, helping them shore up their position ahead of commencing proceedings.

In 2012 the Fair Work Commission approved a Greenfields agreement which covered workers to be employed on the Grosvenor Mine Construction Project. The Agreement applied to any employees of Mainteck, the Prospective Respondent in this matter, working at the project within the scope of the Agreement. Mainteck commenced work on the project around July 2015, finishing in March 2016.

Clause 22 of the Agreement required that Mainteck engage any independent contractor, sub-contractor or employees of labour hire companies on the same terms and conditions as if they were employed under the terms of this Agreement.

September 2015 Mainteck contracted out work to another provider, Bass Electrical, with 48 employees of that company coming on board. Under clause 22 of the Agreement, all of these workers should have been paid on the same terms and conditions as Mainteck’s employees.

Some time after the project finished the Electrical Trades Union (ETU) had reason to believe that sub-contractors engaged by Bass Electrical weren’t paid under the terms of the Agreement, as was required. At this stage, the project was over, employees had all gone back to where they came from and were now spread across the country. These unique circumstances meant that neither Right of Entry provisions nor the provision for accessing employee records under the Act were appropriate mechanisms for the ETU to make further enquiries.

The Union came to Hall Payne with the predicament. With a strong suspicion that the Agreement had been contravened, but concerns that getting the case off the ground would be costly, the ETU were stuck as to how to proceed, and against whom they should commence proceedings.

On Hall Payne’s advice, the Union made an application for preliminary discovery to obtain documents from Mainteck that would show what steps they had taken to ensure that subcontractors were employed under the terms of the Agreement.

The Federal Court of Australia has granted the orders sought, meaning that the union will be able to confirm its suspected contraventions and make a decision about the potentially commencing a claim against Mainteck.

Pre litigation discovery is an underused mechanism, but it’s a useful tool that can place potential litigants in a stronger position ahead of commencing proceedings. Hall Payne have had previous success using pre-litigation discovery, and this result confirms the benefit of strategic thinking to achieve the strongest possible results for our clients. This outcome is also testament to the ETU’s commitment to enforcing their members’ rights at work – before, during and after employment.

If you suspect an employer has contravened a term of an Agreement but can’t see the path towards a resolution, advice from experts in the area can help. Our Employment and Industrial Relations team is recognised as one of Australia’s top employment law firms working with unions and employees. To speak to a member of our team contact us via our contact page, or on 1800 659 114.