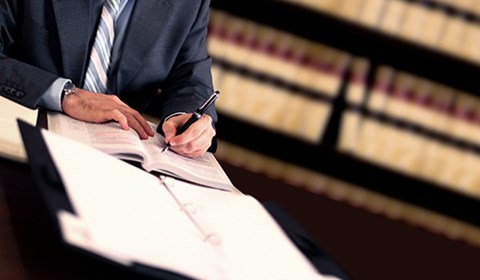 The recent decision of the Full Bench in the Fair Work Commission (FWC) in Kentz Pty Ltd v Communications, Electrical, Electronic, Energy, Information, Postal, Plumbing and Allied Services Union of Australia (C2017/999) serves as a reminder of the importance of proper, clear drafting of agreements.

The ETU has been pursuing the issue of the payment of income protection and the interpretation of the clause 19 (a) in their certified agreement with Kentz Australia for the past couple of years.

In relation to the issue the FWC mentioned the interpretation of an agreement must be read in the context of the agreement along with the legislative background against which the agreement is made and in the way it operates. The commission also noted that certified agreements commonly lack the “precise drafting of legislation”.

The FWC found that the problem of poor drafting of enterprise agreements is one that frequently occurs in Commission proceedings, noting that the parties to an agreement “naturally adopt interpretations which favour their interest, and a refusal to compromise leads to litigation of this sort.”

This recent decision highlights the importance of an agreement clearly stating what is agreed to by the parties, and not based on assumptions, and, more importantly, of the parties to the agreement abiding by what has been agreed.

“(a) The employer will take out income protection insurance for all Employees that provides cover for the Employee for any period of absence on leave without pay such as.

(1)  Energy Super Protection (ESP) – for electrical and instrumentation employees and Storepersons who are members of SPEC Super – ESP (a division of SPEC Super) or Australian Income Protection Pty Ltd.

The Full Bench also said, “The clause is not a riddle, wrapped in a mystery, inside an enigma, although at some points in the proceedings it perhaps threatened to become so. It is fair to say that the parties and the Commission struggled to make sense of the ordinary meaning of the words. The clause is ambiguous.”

“It is regrettable that …more attention was not focused on clear drafting,” commented the Commission.

The ETU Queensland & NT Branch said they are glad to be working with Hall Payne Lawyers, who are committed to fight for union members’ rights.

In a statement to members the ETU Queensland & NT Branch said that now that there is a Full Bench decision, the ETU expects the employer will apply the agreement correctly.

The ETU said they hope that the employer accepts the decision by the FWC and abides by the provisions of the agreement.

If you suspect an employer has contravened a term of an Agreement but can’t see the path towards a resolution, advice from experts in the area can help. Our Employment and Industrial Relations team is recognised as one of Australia’s top employment law firms working with unions and employees. To speak to a member of our team contact us via our contact page, or on 1800 659 114.