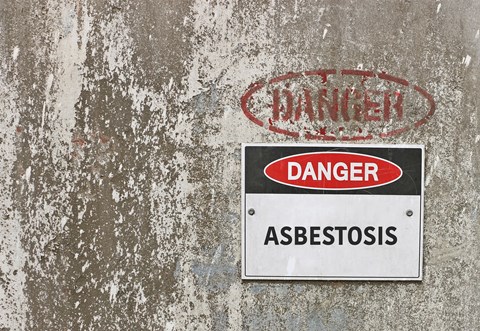 Most Australian workers will have superannuation. They will have a fund balance which comprises contributions made over their years of employment. Most will have insurance options; primarily TPD insurance and some, income protection. And some will have pensions payable upon retirement.

At Hall Payne, we often work closely with clients and their families to maximise their entitlement to compensation following catastrophic injury and disease. Many clients suffer ailments that will, tragically, result in a premature death. Calculating financial losses as a result of reduced life expectancy can be particularly complicated.

This was evidenced by the recent High Court decision in Amaca Pty Ltd v Latz [2018] HCA 22.

This case involved a gentleman (Mr Latz) who was diagnosed with terminal malignant mesothelioma in October 2016 as a result of exposure to asbestos products. These products had been manufactured by the defendant, Amaca.

The defendant had accepted liability for Mr Latz’ mesothelioma, and it was clear that this horrible disease would lead to his premature death. It was estimated his life would be cut short by around 16 years due to his illness.

However, because of his past employment as a South Australian Public Servant, he was entitled to a State superannuation pension which equated to two-thirds of his salary for the remainder of his life.

Under the scheme, his wife would then be entitled to the State Pension for the remainder of her life (called a Reversionary Pension). Mr Lutz was also entitled to a partial aged pension from Centrelink (Aged Pension).

The issue in dispute

Mr Latz’ dispute made its way to the High Court (which is the highest court in Australia) due to a dispute about whether the lost superannuation pension benefits constituted a “loss of earning capacity”.

Mr Latz argued that because of his reduced life expectancy, he was losing his ability to claim the pensions (both the Aged Pension and his Superannuation pension) and this should be taken into account in assessing his entitlement to compensation. Amaca denied the claim.

Prior to the High Court appeal, the judge at the earlier trial awarded Mr Latz $500,000 for future earning capacity, representing the value of the State Pension and the Aged Pension for the 16 years his life would be cut short. The trial judge at that earlier hearing noted that the fundamental purpose of compensation is to try and place a plaintiff (the injured person) in the financial position they would have been in but for the negligence of the defendant.

Therefore, as Mr Latz would have continued to receive both pensions for the remainder of his life, he was entitled to recover it.

Amaca appealed the judge’s decision, arguing that the lost pension entitlements were not recognised as claimable compensation under Australian law. On initial appeal, adjustments were made to the amount of compensation to take into account deductions to the Reversionary Pension (from which his wife would benefit), however the appeal judge rejected Amaca’s primary contentions that Mr Latz was not entitled to a claim.

Amaca then proceeded to the High Court of Australia.

The High Court held that superannuation benefits should be treated similarly to wages (including loss of earning capacity). The Court determined that the State Pension payments were a form of delayed remuneration. Mr Latz’ illness and likely premature death equated to a clear loss of his ability to receive the State Pension.

However, the High Court held that the Aged Pension was “in stark contrast” to the State Pension. This was not a part of remuneration or a capital asset and could not, therefore, be considered “earning capacity”.

What is the effect of this High Court decision?

As a result of this decision, claimants whose lives will be “cut short” as a result of their injury or illness will be entitled to their lost superannuation pension benefits for the period in which their life span has been reduced.

This decision is a win for injured claimants and their families who are already dealing with the distress associated with their loved one’s reduced life expectancy.

If you have suffered an illness or injury and want to investigate your superannuation or other insurance options for a claim, feel free to get in touch directly Leanne Taylor in our Superannuation department.

Who can help with your Australian visa application?