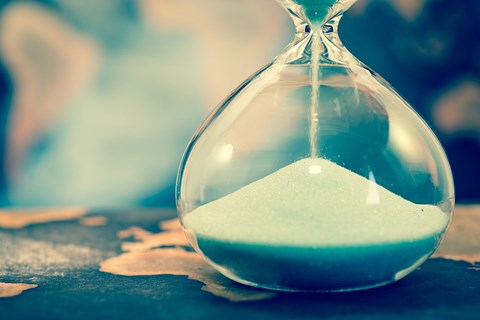 If you’re going through the Family Law system, you will be subject to time limits with some proceedings. If you are looking to resolve property matters or financial proceedings through the Federal Circuit Court or Family Court of Australia, different time limits will apply depending on the status of your relationship.

For married couples, applications for property and financial matters must be commenced by filing in court within 12 months of finalising your divorce.

For de facto relationships, the Family Law Act (the Act) allows a period of 2 years after the end of a relationship to file for property or financial application.

In both instances, these are strict time constraints and if you fall outside the time limits, you will have to apply to the court for leave (permission) to commence your application out of time.

In de facto cases it is more likely that parties will not agree as to exactly when separation occurred. Leaving it to a court to determine this is a costly and uncertain process for the parties. Therefore, it is always best to commence your proceedings early.

Grant of leave to make your application outside the time limits

The courts will usually only grant leave to apply outside of the time limits stipulated under the Act, if it is satisfied that:

To be granted leave under the hardship requirement you must also demonstrate that you have a case worth pursuing and there is a real chance of succeeding in that case. Further, you will also need to provide reasons for why you did not make the application before the time expired.  Once out of time it is important not to delay further, without good reason.

Ordway & Ordway (2012) is a case where the wife commenced proceedings 26 years after finalising her divorce. She claimed that the reason for not making the application before the time had expired was because there was an informal arrangement in place with the husband and she was worried that any proceedings initiated by her would upset the existing informal agreement. The court found there was a significant power imbalance in regards to finances. Therefore, if leave was not granted to the wife to proceed out of time, she would suffer hardship as the value of her assets would be nominal.

Ultimately from this case, it is obvious that despite the time limits placed on applicants to commence proceedings for property and financial orders, the Family Law Courts have an extensive discretion to grant leave for applicants to apply out of time.

Hall Payne Lawyers acted for the Appellants (Simonds) in this de facto matter.

Two months later our client passed away after filing his Response in which he claimed separation had occurred in October 2013; therefore, making the application out of time. Sometime later, in May 2018 Ms Coyle filed an amended application where she applied for leave to proceed out of time.

The Federal Circuit Court found that separation occurred in October 2013 but granted leave for Ms Coyle to proceed out of time. An order was made that permitted her to continue the proceedings against the executors of her de facto partner’s estate.

On appeal, Justices Murphy, Kent and Strickland found that the de facto wife’s Initiating Application could only be effective to institute proceedings if she first obtained leave to proceed pursuant to s44 of the Family Law Act (1975), which she had not.

Therefore, our deceased client’s executors appeal had to be granted and the original orders were set aside.

It is clear from the above two cases, not only do the courts have wide discretion for granting leave to commence an application out of time but particular circumstances, often where there is or may be a dispute about the separation date,s require early and quality legal advice.

In such cases, if initiating proceedings are inevitable, we will advise our clients to commence this process earlier than later. This is somewhat better than having to go through the expensive and uncertain process of applying for leave to commence proceedings out of time.