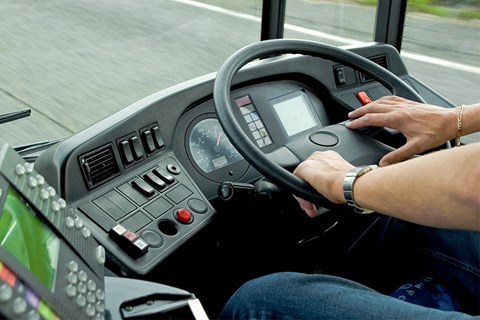 Hall Payne recently obtained reinstatement for a Sydney bus driver and RTBU member who was sacked by the State Transit Authority (“STA”) for mobile phone use. HPL Principal Joseph Kennedy argued the case for the driver in disciplinary appeal (similar to unfair dismissal) which was heard in the NSW Industrial Relations Commission (“NSWIRC).

The driver had been employed by STA for 12 years. He was sacked by STA because he used his mobile phone to make two phone calls to try and cancel a medical appointment while pulled in at bus stops.

He made the calls after applying the handbrake, opening the doors and standing with one foot out of the driver's cabin, while passengers boarded and alighted the bus.

STA terminated the driver, arguing that his conduct was in breach of applicable traffic laws and put the passengers in danger. The RTBU engaged Hall Payne to act for the driver in his fight for reinstatement in the NSW IRC.

Hall Payne argued during the hearing, however, that opening the doors activates a secondary braking mechanism. Our cross-examination of STA’s witnesses revealed that there would need to be "multiple" system failures for the bus to move with both brakes engaged and that this would be highly unlikely.

The issue was then whether the punishment meted out by STA was appropriate considering the nature and gravity of the misconduct. Hall Payne also relied on the driver’s excellent disciplinary record, which was conceded by STA managers under cross-examination.

The Commission held that, while STA is entitled to expect compliance with its workplace policies, this did not allow it to terminate a driver’s employment for any and all transgressions.

The Commission also considered that the driver had expressed remorse and was unlikely to commit the same misconduct again.

The Commission came to the conclusion that termination of the driver’s employment was too harsh in the circumstances. Accordingly, it was ordered that the driver be reinstated to his job within 21 days of judgment.

In our view, this was an excellent outcome for the driver and for his union, the Bus Division of the Rail, Tram and Bus Union of New South Wales, which supported the driver throughout the whole case.

In many cases, even if you have done the wrong thing at work, you still deserve procedural fairness and the employer cannot just impose any punishment they want. All relevant factors must be taken into account.

If you have been accused of misconduct at work, you should contact your union or a lawyer experienced in employment law as soon as possible.

Read more about this win in Workplace Express’ article