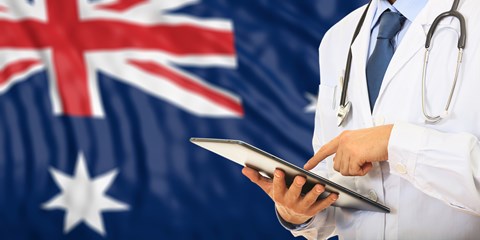 In Australia, most visa applicants must meet minimum health requirements before a visa will be granted. It’s called ‘obtaining a health clearance’. In recent times, there has been a number of media articles about applicants failing this requirement and looking at having to leave the country. This begs the question, what appeal options are there?

In recent media coverage a family residing in Victoria (of Singaporean nationality) who had been here for 7 years, were facing rejection of a permanent residency visa. The father had developed kidney disease in Australia.

Another family last year (2019), faced departure after their son, born in Australia of parents who were Irish nationals, was diagnosed with cystic fibrosis.

There are many other such reports each year that don’t necessarily get any media coverage so the issue is only in the public domain for a short period of time and then often forgotten again.

The health requirement is a strict one and prevents anyone who has a disease or condition which would prejudice access to services for Australian citizens or permanent residents or put them at risk of harm, or which would result in a ‘significant cost’ to Australia, from being granted a visa.

There are no ‘hard and fast’ rules as to exactly what could ‘prejudice access’. The threshold for ‘significant cost’ is only $49,000, which as you could imagine, does not take long to amass under certain circumstances.

The underlying legislation was the subject of an inquiry back in 2010 which resulted in many "common sense" recommendations being made by a broad spectrum of advisers, most of which have been ignored by government.

One positive change that has been introduced is to reduce the period over which the assessment is made. It is a maximum of 10 years if the medical condition is permanent and the course of the condition is reasonably predictable beyond a five-year period.

In 2015, our Migration Agent, Leanne Taylor, had the pleasure in assisting a Filipino mother and her son appeal a decision to reject their visa application.

This request was necessary because the son, who suffered autism, failed the migration health requirement for grant of a provisional visa which could later have led to a permanent visa application being made.

Their plight attracted a huge amount of media coverage.

They had lived in the country for over 7 years. The son was diagnosed, after his arrival and as a 3 year old at the time. He is now 15 and was able to make significant advancements due to early intervention. His mother is a single parent working full time as a nurse in a regional area and had the support of close family, friends, work colleagues and the wider regional community she lives in.

We were able to obtain permanent residency through a request to the then Minister for Immigration and Border Protection, the Honourable Mr Peter Dutton.

Can an adverse decision be appealed?

Unfortunately, immigration law is a complex area and is constantly changing.  What seems like common sense to the average person, doesn't always factor in to the decision-making process within the Department of Home Affairs, who administer immigration processes in Australia.

An applicant’s capacity to have an adverse decision appealed is determined by the type of visa application they have made and whether it was an offshore or onshore application.

If you are in doubt as to whether or not you have appeal rights with regard to any adverse visa decision, please contact our Registered Migration Agent, Leanne Taylor

The stress and uncertainty that visa applicants are put through together with the costs involved to the individuals and the lengthy time that it takes to resolve these matters, without any guarantees of a successful outcome, are all things that should be able to be avoided.

We need to continue to lobby government to take steps to implement more of the positive recommendations made in relation to the Australian visa health requirement, over many years.

You can find out more about Australian immigration law including all types of visas, here.

If you require advice or assistance in relation to any immigration issues, please contact our Registered Migration Agent, Leanne Taylor.

Who can help with your Australian visa application?