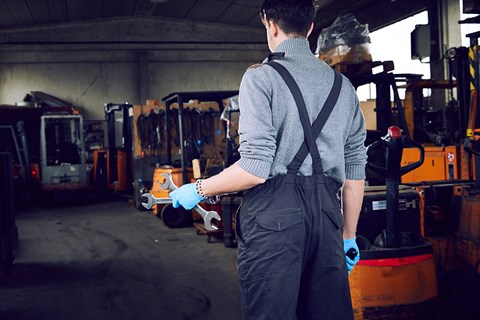 Labour hire employees are workers employed by one company (a company with whom they have their employment agreement) but perform their work at an external company (the “client” of their employer). An increasing number of workers in Australia perform work under a labour-hire agreement. This has triggered important questions for many of those workers:

Regardless, as has been previously expressed by the Commission in a successful case for labour-hire employee Kim Star, who Hall Payne represented:

In the recent decision of Johnson v Chelgrave Contracting Australia Pty Ltd, the Fair Work Commission has considered the questions raised above.

Chelgrave Contracting Australia Pty Ltd (Chelgrave) is a labour-hire provider of services to a number of businesses. One of Chelgrave’s clients is Carlton United Breweries (CUB).

Chaya Johnson was employed by Chelgrave as a maintenance fitter. He was employed from May 2017 until 28 May 2020.

Mr Johnson was engaged to perform work for CUB for the entirety of his employment with Chelgrave.

CUB reported to Chelgrave that it had concerns about Mr Johnson’s behaviour in relation to a safety incident that occurred when Mr Johnson was using a palletising machine on 21 April 2020.
Chelgrave investigated the concerns and found that:

Chelgrave’s investigation report concluded that Mr Johnson should be issued with a final warning for his unintended failure to operate the palletising machine safely.

Following the investigation, CUB informed Chelgrave that it no longer wanted Mr Johnson to perform work at its site.

The Fair Work Commission concurred with the Chelgrave investigation report in many respects and concluded that Mr Johnson’s dismissal was:

The Fair Work Commission ordered that Mr Johnson be reinstated

The Fair Work Commission ordered that Mr Johnson be reinstated to his position at CUB with back-pay and continuity of service. Although Chelgrave argued that CUB would not allow Mr Johnson to return, there was no actual evidence which led to that effect.

The Fair Work Commission’s decision was appealed by CUB.

On 8 February 2021, a Full Bench of the Fair Work Commission quashed the original decision insofar as it ordered reinstatement of Mr Johnson to CUB on procedural fairness grounds. That decision has since been the subject of a judicial review application to the Federal Court, which at the time of writing, is ongoing.

Mr Johnson worked at CUB’s site for the entirety of his employment and CUB no longer wanted him to work there due to his safety breaches. In the labour-hire employer's view, this provided grounds upon which to terminate Mr Johnson’s employment.

In rejecting that simplistic view, the Fair Work Commission concluded that Chelgrave needed to have a valid reason for terminating Mr Johnson and had to afford him procedural fairness, irrespective of CUB’s view on the desirability of continuing to have Mr Johnson work at its site.

This approach demonstrates that labour-hire employees will be able to utilise the unfair dismissal provisions of the Fair Work Act in circumstances in which there is no valid reason for their dismissal and/or they are denied procedural fairness.

The Full Bench’s decision on 8 February 2021 indicates, however, that there may be practical difficulties in persuading the Fair Work Commission to make an order for reinstatement, particularly if the agreement between the employer and the host company is such that the host company may refuse reinstatement. This is an issue that arose in Star v Workpac and which we expect to arise in future cases.

If you’ve been terminated, whether as a labour-hire employee or not and you feel that termination was unjust, unfair or unreasonable, seek immediate advice from your Union or a lawyer experienced in employment law.

There are strict time limits which apply to unfair dismissal claims.

Can you be directed to take annual leave during a temporary shut down?

Has your employer reduced your hours/pay under a JobKeeper Direction that seems unreasonable?