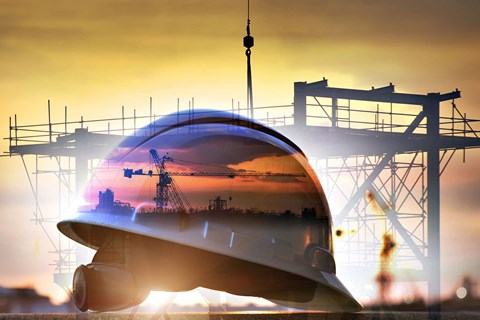 Hall Payne Lawyers has a proud history of working collaboratively with trade unions and their members to achieve exceptional results for Australian workers. Our commitment to fighting for workers’ rights was demonstrated in a hard-fought victory in the Fair Work Commission in the case of Kim Star v WorkPac Pty Ltd. Against the odds, we succeeded in convincing the Commission to reinstate our client into her role with her host-employer in the mining industry.

Ms Star is a member of the Queensland branch of the Construction Forestry Mining & Energy Union (CFMEU) which has recognised this result as an important victory over widespread exploitation of casuals in the coal mining industry.

By way of brief background, Ms Star had been employed through a labour hire firm called WorkPac and had been performing regular and consistent shifts at the Goonyella Riverside Mine (operated by BHP BMA) for approximately four years. It is clear that when Ms Star entered the employment relationship with WorkPac, it was done so on the basis that she only work at the Goonyella Mine.

Case goes to full hearing at the Fairwork Commission

This decision has important potential ramifications for the mining industry and other sectors that utilise the services of labour-hire workers; BHP is not technically the employer of Ms Star, yet are now faced with an order to reinstate her to work at their worksite.

The Commission found that no persisting employment relationship existed between WorkPac and Ms Star beyond her placement at the Goonyella Mine. Therefore, when WorkPac notified Ms Star that she was not required at the mine any further (at BHP’s request), they effectively dismissed her from employment and this gave rise to an unfair dismissal.

Lost wages awarded to our client

In addition to the reinstatement order, the Commission also awarded over $4,000 in lost salary to Ms Star.

It is unfortunate, and somewhat disturbing that Ms Star’s case does not represent an isolated incident. To the contrary, Ms Star’s circumstances and experiences are prevalent throughout the mining industry in Australia.

In Queensland less than half of workers in the coal mining industry are permanent; the majority are either casual or employed through labour hire arrangements. This highly casualised and labour hire reliant environment creates a lot of uncertainty and anxiety for workers. These types of workers are simply not afforded the same level of industrial protections and entitlements as permanent staff. For too long, mining companies have preferred casual and labour hire staff because they can end their employment for absolutely no reason. This demonstrates why Ms Star’s victory is so important.

Ms Star’s case should be a wake-up call to the mining industry that they cannot simply treat casual workers as disposable commodities. These major companies should not be allowed to order the removal of a worker from the site without providing valid justification.

We look forward to working with Ms Star to assist with the transition back to work. At the time of originally writing this article, it was not clear whether BHP would allow Ms Star to return to work at the mine.

We’re delighted to report that Ms Star returned to the mine on 31 October 2018.

The latest judgment in Ms Star’s case can be found here.

We will continue to work with unions including the CFMEU to ensure all workers, including labour hire workers, are given a fair go in the workplace.

If you are experiencing problems in your workplace, including if you have been unfairly targeted or dismissed, please contact Principal in Employment Law, Joseph Kennedy.