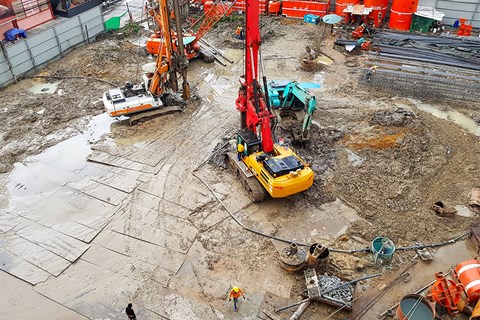 In June 2020, Hall Payne Lawyers represented the Construction, Forestry, Maritime, Mining and Energy Union (‘CFMMEU’) and two of their officials in relation to allegations of the taking of unlawful industrial action at the Qube construction site at Broadbeach in Queensland. On 12 November 2020, the Court handed down its judgment, dismissing the proceeding.

Background to the matter

As a result of a dispute which arose between an employee and the CFMMEU delegate at the Qube construction site, the delegate was stood down from work.

A CFMMEU organiser subsequently met with employees at the site to discuss their concerns regarding the matter and further meetings were held over the following days. During the meetings, which were held in the lunch shed, it was consistently raining outside.

The ABCC later brought proceedings and alleged that the CFMMEU had contravened:

The ABCC sought for the Court to impose significant penalties on our clients as a consequence of the alleged contraventions.

The main part of our case was the contention that the workers had not taken ‘industrial action’ under the BCI Act as the employees were entitled to not perform work under the Building and Construction General On-site Award 2010 (‘Award’) and the custom and practice at the site as a result of inclement weather.

This win is a significant one for our clients. It provides a timely reminder that an award or agreement can potentially provide a lawful avenue for employees to refuse or fail to attend for work; in this case due to the inclement weather.