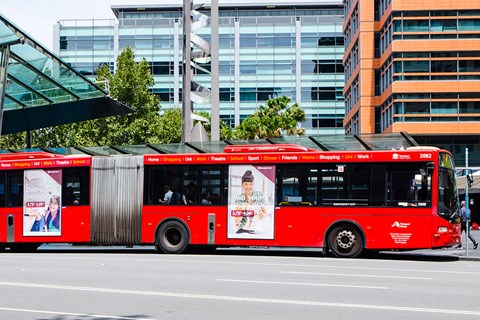 Hall Payne Lawyers successfully represented the RTBU and its members in Federal Court proceedings against Transit Systems Pty Ltd for failing to pass on annual wage increases. This decision sets an important precedent for the process of calculating the quantum of underpayment of wages in circumstances where the employer has clearly contravened the law, and also for the serious penalties that will be imposed on an employer in those circumstances.

In November 2021, the Federal Court decided Transit Systems, a bus operator in Sydney’s south and inner west, had systematically underpaid its employees since 1 July 2019. This case was notable for two reasons.

In complex cases like this one, the cost of calculating wages owed is often substantial. If this cost is borne by the applicant (often the worker), as it too often is, the cost can deplete the potential compensation that the employee might be entitled to. Employers who underpay their employees in our view should absolutely be made to cover these costs.

To prevent gaps from emerging in the law, when state employees (such as those employed by the State Transit Authority) are transferred to a national system employer (such as Transit Systems), the Fair Work Act 2009 (Cth) ‘copies’ the State award or instrument that previously applied, so that it applies to the new employment arrangements.

This means the transfer of business from the public State Transit Authority to Transit Systems (a private operator) brought the relevant employees within the ambit of the federal ‘Fair Work’ system.

In this case, the employees were previously covered by a State award when they were employed by the State Transit Authority. The State award provided for its own scheme of wage increases between 2018 and 2020.

When the RTBU approached Transit Systems and sought for the latest Fair Work Commission increase to be paid, Transit Systems initially agreed but then later changed its position. It then delayed for a number of weeks and subsequently offered to pay the increase but as a part of bargaining for an enterprise agreement. For obvious reasons, this was not acceptable to the RTBU. They were not prepared to bargain with an employer about a wage increase that was legally required to be paid.

The decision regarding compensation and penalties for the underpayment of wages

Following the November liability judgment that Transit Systems had underpaid its employees since 1 July 2019, the matter was then referred to the external accountant to conduct an audit of the underpayments for the remaining years.

In the penalty judgment, Rares J of the Federal Court, in considering the circumstances of Transit System’s contravening conduct, noted that it:

“took a deliberate stance to ignore or postpone fulfilling its obligations” under the Fair Work Act, and that it “acted to avoid immediately honouring its legal obligations so as to see if it could exploit the industrial situation to its advantage”.

Accordingly, the Court determined that the conduct of Transit Systems was “unacceptable and must be attended by an appropriately severe penalty”.

The Court imposed penalties on Transit Systems totalling $181,000 for its contraventions of the Fair Work Act arising from its failure to pass on successive wage increases to its workforce. Those penalties are required to be paid to the RTBU as the prosecutor of the case.

Transit Systems has now applied to the Fair Work Commission to seek for it to intervene and retrospectively vary the 2018/19 and 2019/20 minimum wage increases such that they don’t apply to the copied State award. This is being opposed by the RTBU.

Regardless, the Federal Court’s decision is a momentous victory for the RTBU and the underpaid employees of Transit Systems. It demonstrates that where an employer engages in underpayments of its workers and continues to ignore its legal obligations and/or seeks to use them to their advantage, they can expect to receive a very significant penalty. It also shows the value to employees in belonging to a strong union like the RTBU, which brought the case on their behalf and ensured that justice was done.

If you believe you have been underpaid or you’re looking for advice in relation to any issues you’re having in the workplace, contact one of our award-winning employment lawyers for advice and guidance.

Today’s article is written by our employment law team members:

Get in touch with today's blog writers:

Get in touch with the authors

Other blog posts by Madeleine...