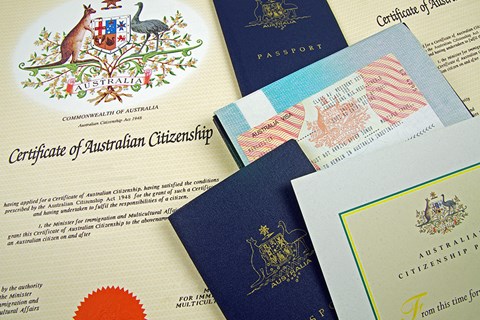 As a Migration Agent, I see a lot of decisions being made to refuse or cancel Australian Citizenship for failure of the “character test”. Someone granted citizenship who later displays attributes which bring into question their “good character” can find themselves in circumstances where the government seeks to revoke their citizenship status.

How is “good character” defined?

An applicant for Australian citizenship who has turned 18 must be a person of “good character”.

That term requires a decision maker (the person deciding an application for citizenship) to look at their “enduring moral qualities' to ensure that the individual will be someone who obeys Australian laws and upholds the commitments they make when taking the Australian Citizenship Pledge.

All aspects of a person’s life may be relevant to consideration of their character.

It is also necessary to consider any other information that is relevant to a person’s character such as information provided by the person about his/her family life.  For example:

“Good character” put to the test in this Tribunal matter

A recent matter heard by the Administrative Appeals Tribunal (AAT) sheds light on just how serious the consideration of someone’s character is when deciding whether to grant citizenship or not.

The matter of HLJW and Minister for Immigration, Citizenship, Migrant Services and Multicultural Affairs (Citizenship) on 29 March 2021 involved a man from Afghanistan who arrived in Australia on 29 May 2013.

However, of critical importance was the domestic violence offences which he committed in 2014.

The Tribunal member affirmed the decision not to grant him citizenship noting:

“The fact that the Applicant and his wife reconciled long ago and have expanded their family gives cause for optimism. They are unified in their desire to move forward. I am satisfied that in 2014 it could not be said that a person with his convictions was a person of good character.

However, in seeking to downplay the seriousness and potential danger of the 2014 incident, I am still left with an uneasy doubt as to whether he is now a person of good character. I am not satisfied that the Applicant has a clear understanding of the nature of the problem.

Regrettably, and despite his many positive attributes, I am not satisfied that sufficient time has passed, or that he has developed sufficient insight, such that it can now be said that he is a person of good character.”

More often than not, citizenship is refused or cancelled due to criminal offences.

Applicants over 18 years of age will be required to provide penal clearance certificates from any overseas country they visited since their permanent visa was granted, if they have spent more than 12 months in total outside Australia and the time they have spent in any one country exceeds 90 days.

The Citizenship application also includes character related declarations which the applicant must answer.  If they respond in the affirmative to any question, then further details must be provided.

Get help with your application for an Australian Visa or Citizenship

It is important to seek assistance from a Registered Migration Agent or Immigration Lawyer when applying for citizenship especially where issues of past behaviour, in particular criminal history, could have the potential to adversely affect the outcome.

There are of course other criteria for consideration when applying for citizenship, including the “residency requirement” and there are circumstances in which someone who doesn’t satisfy the criteria can still be granted citizenship.

For all your citizenship and visa related questions, contact our Registered Migration Agent, Leanne Taylor.

Find this article interesting or useful?