Is it legal for employers to monitor employees using surveillance devices? 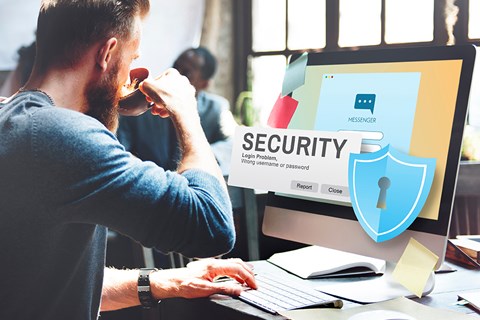 In simple terms, it is legal for your boss to monitor and track your work-related tasks and performance while at work; whether working from home or on site. However, employers do not have unrestricted rights to conduct surveillance on an employee’s use of the employer’s (or the employee’s) communication devices.

An employer might deploy surveillance devices for justifiable purposes such as:

However, these objectives need to be balanced against the employees’ and/or customers’ right to privacy.

There's no general right to privacy in Australia. Instead, there's a complicated web of federal, state and territory laws. Employee monitoring is also subject to these laws and the various rules that regulate surveillance of employees can be very complicated.

Various forms of employee surveillance and monitoring have been used in physical workplaces for many years. Now, with the effects of the pandemic, there is an increase in people working from home. Anecdotal evidence suggests a great number of employers are increasingly looking to use technology to check employees and to install surveillance tools which are now also reaching into homes. The potential for this activity to grow over the coming years is something all workers who may work from home, need to be aware of.

Industrial awards/agreements, I'veand work policies and procedures may contain provisions relating to workplace surveillance and should be carefully checked before surveillance is commenced or any adverse action is taken against an employee because of information collected through monitoring or surveillance.

How do employers carry out surveillance?

Employers use a range of technologies to monitor how, when and where their employees are working, including:

Federal laws for surveillance in the workplace

Unfortunately, there is no consistent set of laws operating across jurisdictions in Australia which regulate monitoring and surveillance of the workplace.

At the Commonwealth level, the Telecommunication (Interception) Act 1979 (Cth) prohibits any person from intercepting a communication passing over a telecommunications system. The Privacy Act 1988 (Cth) also has some application where the information being collected, used or disclosed is personal information.

Otherwise, for the most part, surveillance in the private sector workplace is regulated by the industrial laws of each state and territory.

Furthermore, the overt surveillance notice has to contain details explaining what equipment will be tracking the employees, when the surveillance occurs and any other applicable details.

In the Australian Capital Territory, employers who plan on using a surveillance method covered by the Workplace Privacy Act 2011 (ACT), must first give 14 days' written notice of the intended surveillance to any affected workers.

The notice must address:

In the Australian Capital Territory, regulation of listening devices is through the Listening Devices Act 1992 (ACT).

The laws in NSW and the ACT limit the use of surveillance devices in the workplace by prohibiting employers from carrying out or causing to be carried out, any surveillance of an employee in a:

The ACT goes further to prohibit the use of surveillance devices in the workplace:

Disclosure and use of surveillance records is specifically regulated in NSW and the ACT.

South Australia, Tasmania, Western Australia, the Northern Territory and Queensland do not currently have specific workplace surveillance laws in place.

The use of surveillance in the workplace has legitimate benefits to both workers and employers and can be useful in assisting with compliance with workplace laws. However, employers and workers need to be aware of the differing laws across the states and territories as well as any other agreed or contractual restrictions on the use of employee surveillance tools which may be specific to their workplace.

Employers need to be careful when making rules about when surveillance commences and concludes. For instance, it may appear discriminatory if the employer only chooses to surveil some employees and not others. For example, they may choose to engage more surveillance of employees working from home as opposed to those working on site.

Employers should be transparent about the introduction and use of surveillance.

If you have any concerns about employee surveillance and monitoring programs that have been introduced at your workplace, please contact us for advice and assistance.

Get in touch with today's blog writer:
Filipe Batiwale