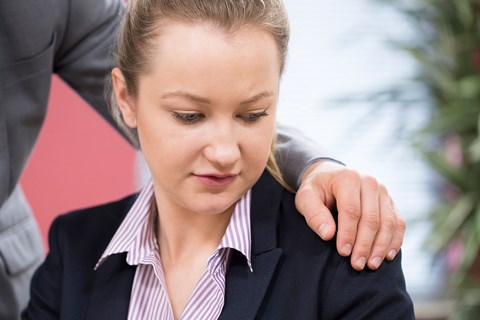 When determining an unfair dismissal claim, the Fair Work Commission (“FWC”) will consider if the termination of employment was harsh, unjust or unreasonable. When assessing the application, section 387 of the Fair Work Act 2009 (Cth) (“the Act”) prescribes that the FWC must consider the following:

Whether there was a valid reason for the dismissal

Whether procedural fairness was afforded to the employee

(b)  whether the person was notified of that reason; and

(c)  whether the person was given an opportunity to respond to any reason related to the capacity or conduct of the person; and

(d)  any unreasonable refusal by the employer to allow the person to have a support person present to assist at any discussions relating to dismissal; and

(f)  the degree to which the size of the employer's enterprise would be likely to impact on the procedures followed in effecting the dismissal; and

Any “other matters” that the FWC considers relevant

Whether a valid reason for dismissal existed and procedural fairness was afforded to the dismissed employee, are factors that employment lawyers immediately turn to when preparing an unfair dismissal application. Case law demonstrates that these factors are pivotal in determining whether a dismissal was unfair.

But s387 makes it clear that “other matters" that the FWC may consider relevant must not be overlooked.

In the recent case (January 2020) of Zelman v Billboard Media [2020] FWC 5, “other matters” that were considered by the FWC significantly strengthened the unfair dismissal case, in favour of the worker.

Background of the case

"Thank you for your resignation. We accept your notice of today’s date. We will be arranging the payment of your entitlements in the next pay run. Should you wish to discuss the matter further, please contact me on the number below.”

The Applicant subsequently lodged an unfair dismissal application to the FWC.

In her unfair dismissal application, and during the FWC hearing, the Applicant was adamant that she had not resigned. The FWC accepted her evidence, finding in her favour.  The FWC took the following matters into consideration.

The FWC found that Billboard Media did not produce any evidence about any capacity or conduct issues that would have justified the dismissal of the Applicant despite having the opportunity to do so. Therefore, there was no “valid reason” for the dismissal.

Sections 387(b) to (e) address procedural fairness. The FWC found these factors to be irrelevant or neutral considerations given that:

The FWC also found that Billboard Media’s size (approximately 70 employees) was no excuse for the procedure it followed. Further, they did not lack dedicated human resource management specialists and expertise and therefore there can be no excuse.

As we’ve already indicated, the FWC is required to take into account any “other matters” it considers relevant when assessing whether a dismissal was unfair.

The Applicant gave evidence that during her employment with Billboard Media:

The FWC found this to be a relevant matter in relation to assessing the fairness of the Applicant's dismissal. They stated that the inappropriate conduct that the Applicant was exposed to:

“reflects poorly on the management of the Respondent [Billboard Media] and is an aggravating factor in the matter of the termination of the Applicant’s employment. I find that those circumstances further weigh in favour of a conclusion that the dismissal was harsh, unjust or unreasonable.”

After concluding that the Applicant was unfairly dismissed, the FWC stated that it would seek submissions in relation to the appropriate remedy that should be ordered in the Applicant's favour. At the writing of this article, the remedy is yet to be determined.

Whether a valid reason for dismissal arose and procedural fairness was afforded to a terminated employee is essential to determining whether the dismissal was fair.

However, importantly these are not the only relevant factors that the dismissed employee should turn their mind to.

As this case demonstrates, the FWC will also take into account “other matters” it considers relevant. The Applicant's evidence of being exposed to inappropriate conduct ‘further weigh[ed] in favour of a conclusion that the dismissal was harsh, unjust or unreasonable.’

However, even if the Applicant had not made those other submissions, it is still likely that her dismissal would have been found to be unfair. This is because the FWC ultimately found that there was not a valid reason for her dismissal and she was not properly afforded procedural fairness.

This decision serves as a reminder that employees should not confine their unfair dismissal applications to only considering whether a valid reason for dismissal arose and procedural fairness was afforded to them. They should consider any other matters that could give weight to their argument.

If you’ve been dismissed and you think it’s unfair, unjust or unreasonable, it’s important to note that strict time limits apply to lodging a claim for unfair dismissal. Seeking immediate advice and assistance from an employment lawyer experienced in unfair dismissal claims is crucial to securing any rights and entitlements you may have.