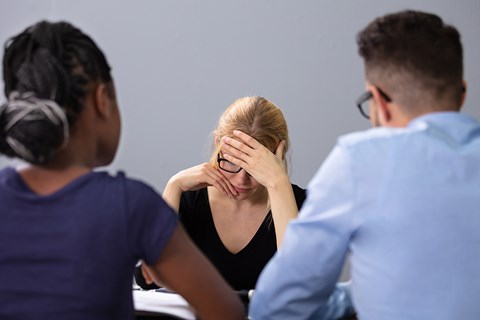 A 5-member Full Bench of the Fair Work Commission (‘the FWC’) has addressed the relationship between demotion and dismissal under the Fair Work Act (‘the FW Act’) in a recent appeal determination. In NSW Trains v Todd James [2022] FWCFB 55 (‘Todd James’), the Full Bench overturned a decision of DP Saunders, who in a 2021 decision held that demotions amount to dismissal where employment continues with significant reductions in remuneration or duties.

Effect of demotion on the employment contract

Rejecting DP Saunders’ approach (that is, how he arrived at his decision), the Full Bench focused instead on the effect that demotion has on the employment contract. The majority concluded that, where the employer has repudiated the contract by demoting the employee, and the employee accepts this repudiation thereby ending the contract, the demotion amounts to dismissal within the meaning of the FW Act.

This aspect of the decision arguably diminishes the protections offered to employees in relation to demotion. Repudiation of the employment contract requires fundamental changes to the contractual arrangements between the employer and employee and is probably a higher bar than ‘significant reductions in remuneration or duties’.

Moreover, where a demotion is authorised under statute or an EBA,  it will usually not amount to dismissal, as was ultimately true in Todd James. In addition, the contract will only end where the repudiation has been ‘accepted’ by the other party; in this case, the worker. This means that an employee who does not object to their demotion is presumed to have accepted it and will not have the advantage of the unfair dismissal protections.

However, this decision has broader significance too.

So, has the Full Bench finally put this issue to bed?

Mr Todd James was employed as a ‘shift manager’ with NSW Trains. As a result of misconduct, Mr James’ employee classification was lowered, and his gross annual pay was reduced from $141,442 to $127,569. His duties and his place of work did not change. The demotion also occurred in accordance with the relevant EBA and transport regulations.

Mr James brought an unfair dismissal application, in which he claimed that his demotion amounted to a dismissal for the purposes of s. 386 of the FW Act. The Fair Work Commission determined that Mr James had been dismissed.

Pivotal to this decision was the conclusion that the phrase ‘termination of employment’ means termination of the employment relationship and not termination of the employment contract. Surveying the authorities, DP Saunders revealed the confusion on this issue emerging from a history of disharmonious case law and shifts in legislative authority dating back to the 1980s. The DP ultimately reconciled these differences in favour of Khayam v Navitas [2017] FWCFB 162 (‘Navitas’), which appeared to provide support for the exclusive ‘employment relationship’ approach.

For more about this decision, and what it meant at the time, you can read our article “Demotion involving reduction in pay and no change in role constitutes dismissal”.

This principle was articulated in Charlton v Eastern Airlines (2006) 154 IR 239 (‘Charlton’), which the majority identified as the key authority on this issue. The majority explained that the contrary authority, Department of Justice v Lunn (2006) 158 IR 410 was in fact a misapplication of Charlton and should therefore be disregarded. Apparent contradictions between Charlton and the High Court decision Visscher v Giudice [2009] 239 CLR 361 were, in the majority’s view, attributable to factual differences between the two.

The majority engaged only minimally with Navitas, despite its deciding influence in the decision under appeal. The case was not rejected, nor distinguished. Nor was it shown to be consistent with Charlton. The majority acknowledged that Saunders DP had based his decision primarily on Navitas. And yet, whether or how Navitas had informed the DP’s errors was never explained.

This omission is doubly curious alongside the dissent of Easton DP, who agreed with Saunders DP that ‘termination of employment’ means termination of the employment relationship alone. Like Saunders DP, Easton DP based his view on the conclusions in Navitas, which he described as ‘correct and … directly applicable to demotions’. DP Easton extracted DP Colman’s clearly expressed view when handing down his decision in Navitas:

This passage was not addressed by the majority in Todd James, but it is difficult to reconcile with the position in Charlton.

The majority’s silence can perhaps only be explained by the position of the parties, who both accepted the dual meaning of ‘termination of employment’ that was ultimately adopted by the majority.

The ACTU, which made submissions as a third party, attempted to argue that Navitas:

‘is better understood as suggesting that the termination of a contract will not necessarily lead to a dismissal where the persisting employment relationship remains on foot and unchanged, not that contract termination is irrelevant.’

It is unclear whether this submission was accepted by the majority.

What now for the interpretation of ‘termination of employment’?

Four members of the FWC, including President Justice Ross, have lent their influential voices to the law on this important issue.

They have endorsed the broader definition of ‘termination of employment’, which in some ways is a win for employees, as it expands the scope of the unfair dismissal regime. There is a strong argument that this interpretation is also the most coherent, especially in the context of unfair dismissal claims, which contemplate some types of dismissal, such as demotion, that are consistent with a continuing employment relationship.

As even Easton DP concedes in his dissent, the majority interpretation is ‘more readily reconcilable’ with this aspect of the regime. However, by failing to really tackle Navitas and DP Saunders’ primary decision head on, the majority has left some scope for doubt and confusion.

Although their position is clear, the majority has provided little in the way of supporting reasoning. And they have failed to fully and convincingly smooth out the differences in the case law authorities.

DP Colman’s criticism of Charlton as lacking ‘textual or other basis’ might apply equally well to the decision of Todd James. This is an issue that goes beyond the unfair dismissal scheme and is relevant, for example, to notice of termination and redundancy pay obligations. By failing to deal conclusively with Navitas, the majority has allowed uncertainty to endure.

If you’ve been unfairly dismissed or experienced any other work-related issues including contract disputes, award or EBA breaches, discrimination, demotion, leave entitlement concerns etc, our experienced employment lawyers can assist.

Get in touch with today's blog writer:
Billy McEvoy

Other blog posts by Billy...