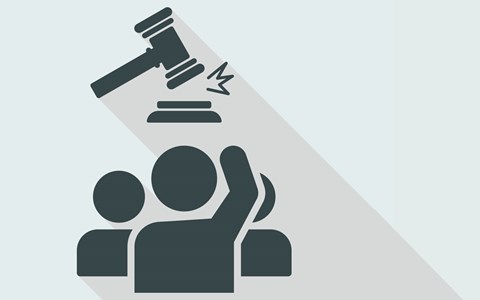 Benjamin Legge, a foster carer under arrangements with Barnardos Australia (‘Barnardos’), contends that he has been subjected to workplace bullying by case managers and other managers at Barnardos Australia. He filed an application in the Fair Work Commission (FWC) seeking orders to stop the bullying.

Barnardos denied the allegations and subsequently raised a jurisdictional objection regarding whether Mr Legge was able to bring a stop-bullying application as he was not a “worker”.

This case required Commissioner Hampton to determine whether Mr Legge was “a worker” for Barnardos Australia and whether he was able to bring a stop-bullying application under the Fair Work Act 2009 (‘FW Act’).

To bring a stop-bullying application under the FW Act, a person must be a worker as defined under s7 of the Work Health and Safety Act 2011 (‘WHS Act’). the WHS Act defines a worker as follows:

(1) A person is a worker if the person carries out work in any capacity for a person conducting a business or undertaking, including work as:

He highlighted the key differences between foster caring and parenting which included attending case management meetings, reporting to Barnardos, mandatory engagement with the foster care agency and departmental specialists, and transporting children to be in contact with birth parents.

Features of a working relationship between Mr Legge and Barnardos were also highlighted by showing that work was performed for Barnardos and that Mr Legge was:

Mr Legge concluded his arguments by indicating that there was a ‘symbiotic relationship’ between Barnardos and himself. This was because Barnardos could not operate at its current capacity without foster carers to perform the work.

Barnardos contended that Mr Legge was neither a volunteer nor an outworker or subcontractor that performed work for Barnardos. The authority for Mr Legge to be a foster carer was provided by the Director-General of the Community Services Directorate of the ACT Government (‘D-G’) and not by Barnardos.

Barnardos argued that there was no employment contract between the parties as the elements of ‘intention to create legal relations’ and ‘consideration’ could not be established.

In relation to the first element (‘intention to create legal relations’), it was argued that Barnardos’ involvement with Mr Legge ‘is properly understood as part of a statutory context under the Children and Young Persons Act 2008 (ACT) (‘CYP Act’) and not as a contractual context’.

In relation to the second element (‘consideration’), it was argued that no consideration was provided in exchange for the work performed by Mr Legge.

Considerations when determining if Mr Legge was ‘a worker’

The application and process including interviews, background checks, training and reviews are all conducted by Barnardos.

A Foster Carer Agreement (‘FC Agreement’) was entered into between the parties and was described as being ‘a working agreement for the provision of foster care services for children and young people placed with Foster Carer (sic)’. The FC Agreement included an internal appeal/complaints process.

Various dealings with the staff engaged by Barnardos occurred.

Requirements were in place in addition to those approved by the D-G. This was a reference to a smoking ban.

Barnardos established and applied some criteria for approval and operational requirements beyond those expressly required by the CYP Act. This provided some important additional context in which the work was performed.

Barnardos had the power to decide the nature of the care that the children were to be provided, including determining which foster carer was to be utilised.

Mr Legge was covered by the public liability policy of Barnardos.

Commissioner Hampton, in the context of Mr Legge and his relationship with Barnardos, held that:

Stop bullying applications can be complex as a number of issues need to be considered. If you’re experiencing bullying in the workplace and require advice or assistance, please get in touch with the Hall Payne employment law team.

This article was written by Principle in employment law, Luke Forsyth and Research Clerk, Kelvin Lee.

What happens when conditions are imposed on a health practitioners’ registration?