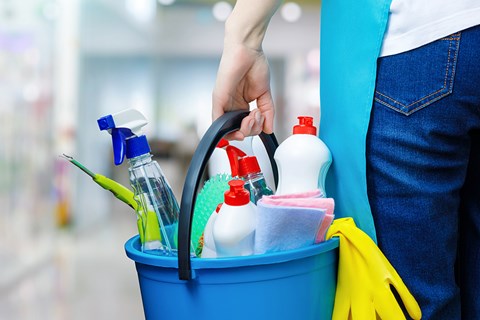 On 1 July 2020, the Full Court of the Federal Court dismissed two appeals, finding that the termination of employment of the affected employees did not fall within the exception of ‘ordinary and customary turnover of labour’ under s.119(1) of the Fair Work Act 2009 (Cth) (‘FW Act’).

The two decisions appealed were:

We previously reported on the Berkeley Challenge case back when the decision, at first instance, was made in favour of our client United Voice (now United Workers Union). You can view “Historic win for contract workers employed by Spotless” here.

In Spotless Services the primary judge ultimately held that Spotless had contravened s.119 of the FW Act by failing to pay the affected employees redundancy pay upon termination of their employment.

The Full Court noted that:

The appeals in both cases were heard and determined together.

The Court observed that whether there was ‘ordinary and customary turnover of labour’ depends on the facts of each case and that it was not possible or appropriate to outline an exclusive list of relevant factors.

Nevertheless, a number of factors were identified as relevant by the Court.

The Court held that the reasonable expectations of employees are ‘a critical, but not the only, factor in determining whether the particular termination was due to the ordinary and customary turnover of labour’.

An employee’s reasonable expectations are a question of fact, to be assessed objectively and may arise from:

Such reasonable expectations could be derived from materials provided to the employee by the employer (for example, the contract of employment, or facts that are generally known about an industry.

However, the Court observed that the reasonable expectations ‘cannot be coloured by facts that the employees neither knew, nor could have known, because (for example) those facts were known (or could be known) only to the employer as a “hidden” practice of that employer’.

Whether turnover of labour is a ‘normal’ feature of the business

The Court outlined a list of factors that are relevant and to be considered but which are not decisive to whether a turnover of labour is a ‘normal’ feature of the business. These include:

However, it was observed that evidence is required and the Court cannot merely accept that practices (for example, termination practices) claimed by the employer to be ‘normal’ for its business are objectively normal for that kind of business.

The nature of the job performed

The Court noted that the nature of the job itself, or the kind of business activity being conducted by the employer may provide an indication that the work performed would come to an end even though the business would be ongoing.

Particularly, ‘if the terms of the contract between the employer and the employee explicitly state that the job is not to be ongoing, then… there may be little ambiguity in respect of the nature of the job’.

The Court held that it is reasonable to take into account whether practices of termination are ‘long-standing’ for that particular type of employment or business and may apply even if the business itself is not of long-standing.

Whether the event of termination is unusual

Lastly, the Court held that terminations that arise from adverse economic circumstances, which may have the effect of permanent closure, loss of lease or liquidation of a business cannot be considered to be an ‘ordinary and customary turnover of labour’.

In considering the employer circumstances, the relevant industries as well as the affected employees, the Court dismissed both appeals, finding that the termination did not fall within the exception of s.119(1) of the FW Act as no evidence could be established that the turnover of labour was ordinary and customary.

Significant win for the workers

The affected employees in these two cases were entitled to redundancy pay by each of the employers.

The outcome of this decision is a significant win for workers across many industries, especially under the current economic climate. The interpretation by the Full Court provides greater protection for employees being made redundant and a caution for employers seeking to rely on (or take advantage of) the exception of s.119(1) of the FW Act, which has now been found to operate quite narrowly.

Hall Payne is a staunch supporter of the rights of workers and their unions. We are pleased to have assisted United Workers Union (formerly United Voice) in recovering their members’ entitlements to severance pay, as well as payment in lieu of notice (the latter was secured at first instance but was not the subject of the appeals).

If you have an employment law or industrial relations matter and you’re looking for advice and assistance, Hall Payne’s experienced team, across the country, can help.