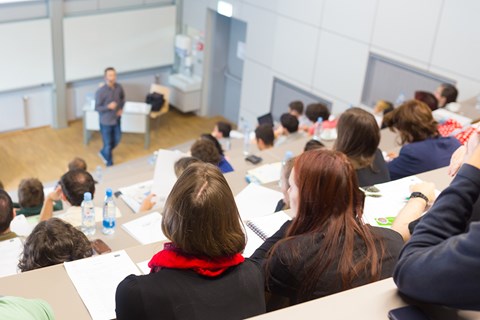 In a significant win, Hall Payne recently won over $650,000 in compensation for a university worker. In the case of Tran v Macquarie University, the employer terminated the worker for making a complaint about their supervisor.

In July 2019, Hall Payne represented the worker in the hearing of her claim in the Federal Circuit Court arising from her termination allegedly by way of redundancy on 19 June 2017.

The worker alleged that she had been terminated because she made complaints of bullying against her supervisor and that the University had breached its enterprise agreement by not complying with its redundancy and redeployment obligations.

Prior to the worker’s termination, the worker had made a number of complaints to her Director and Macquarie University HR about her treatment by the supervisor. Following the complaints, a restructure of the worker’s workplace was proposed which effectively disestablished the worker’s position and the position of another worker who had also made complaints against the same supervisor.

The worker subsequently made several attempts during a redeployment period to apply for various positions with the university. Each was unsuccessful. The university also refused to allow her to apply for positions for which she was suitably skilled and qualified.

This was a very difficult case to run. The worker was told she no chance of winning by two other prominent law firms that specialized in employment law. The worker came to see Hall Payne.

On reviewing the case, Hall Payne Principal Luke Forsyth immediately identified 2 possible enterprise agreement contraventions that the previous firms appeared to have missed. He formed the view that, contrary to the other firms’ advice, the worker did appear to have a prima facie case that she had been sacked in contravention of the Fair Work Act 2009 general protection provisions because she had exercised a workplace right by complaining about her supervisor’s behaviour.

We took the case 2 days before the worker's limitation period for bringing the claim in the Court expired.

To establish the “real reason” for our client’s termination, Hall Payne had to go behind a complex university redundancy and redeployment clause in Macquarie University’s enterprise agreement.  The clause created a façade of reasonableness and natural justice which was used to cloak the unlawful acts of Macquarie University.

Macquarie University ‘vigorously’ defended the claim – in every sense. They fought tooth and nail to prevent the worker gaining access to documents relevant to her claim and resisted even simple requests for changes in Court directions; for example, to allow our client an extra week to file her evidence so she could undergo cancer treatment.

Our client was determined, however, to right the injustice she had suffered.

The worker alleged in the Court that:

On 31 July 2019, the Court handed down its decision on liability. Our client won!

The Court held that Macquarie University had terminated our client in contravention of the general protections provisions of the Fair Work Act. The restructure process was conceived by the bullying supervisor to remove our client. Her animus towards our client was plainly based on our client’s exercise of her workplace rights, as to quote from an email from the supervisor to their respective director:

“Hien has taken me to the union twice and has approached HR a number of times to make complaints...”

The Court found our client to be the more credible witness. The Court stated that the worker’s recollection of detail and attention to detail of the events was to be preferred over Macquarie University’s witnesses. She demonstrated immense resilience and bravery in facing down the hammering she received from Macquarie University during her evidence.

In relation to the breach of the Agreement, the Court noted that:

“Nowhere in the entire redeployment process, is there evidence that the University, except on one occasion, actively sought to look for positions where Ms Tran may have relevant skills and could be retrained.”

The Court made several declarations of the Fair Work Act 2009 (Cth) (FW Act), that the employer had contravened:

On 6 May 2020, the Court delivered its judgement on the remedies our client should receive for Macquarie University’s unlawful behavior.

However, the Court was of the view that the breach involving the failure to redeploy deserves a higher penalty as it involved a senior manager who refused the worker priority interviews for two positions identified as potential redeployment opportunities.

Macquarie University also failed to demonstrate any clear contrition for its unlawful behaviour – astonishing given the serious nature of the unlawful conduct and its stature as a public-funded university that should have treated its staff with dignity and respect and comply with its lawful obligations.

The Court imposed the following penalties:

The fines were ordered to be paid directly to our client.

As the Court could not be satisfied that the worker and the employer’s relationship can be restored, the Court held that the appropriate remedy was compensation.

The Court further held that Macquarie University was to take full responsibility for the economic damage suffered by the worker from the failure to seek redeployment for them.

In determining the figure of compensation, the Court took into account the worker’s age, overall health, time out of the workforce, the restructuring of the employer’s workplace following her termination and the effect of current pandemic on the economy as a whole and held that the amount of compensation for future economic loss awarded should be $278,282.00.

Hall Payne was able to prove that the worker had suffered considerable distress, humiliation and damage to her health because of unlawfully being made redundant from her position of nearly 10 years.

Additionally, the Court took into consideration that the worker was subject to ‘intense cross examination’ during both the liability and penalty hearing. That is, Macquarie University went very hard at our client during the trial – to no avail.

The Court therefore awarded the worker compensation for non-economic loss of $15,000.00.

The decision of the Federal Court serves as a reminder to employers, that employees are afforded protections when raising a complaint or inquiry against their employer. Taking adverse action against the employee may result in serious ramifications and contraventions of the FW Act.

Legal advice and assistance during COVID-19

We are working closely with the courts and our colleagues to ensure services to all new and existing clients are delivered efficiently and with as little disruption as possible.

You can contact us by phone or email to arrange a telephone or videoconference consultation.

You can find the most recent ‘Coronavirus and Client Services’ updates by clicking here.

What happens when conditions are imposed on a health practitioners’ registration?