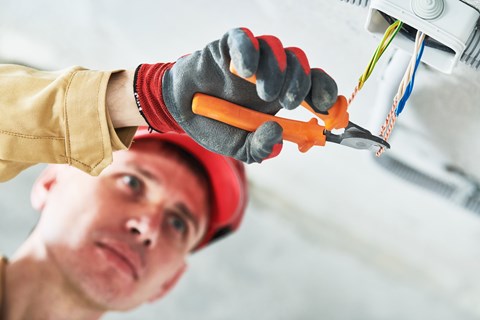 Hall Payne recently represented the Electrical Trades Union (“ETU”) in a dispute related to the interpretation of a clause in the Kentz Pty Ltd Ichthys Onshore Construction Greenfields Agreement (“the Agreement”). The clause related to the payment of licence allowances, in addition to the base hourly rate. The Federal Court found in favour of the ETU and its affected members.

Hall Payne and ETU contended that the electrical licence allowance under the Agreement, described as ‘qualifications allowances’ reflected the work performed, rather than the individual’s qualification.

Further, the ETU argued that, unlike the Electrical, Electronic and Communications Contracting Award 2010, the Agreement does not differentiate between a ‘restricted’ or ‘unrestricted licence’.

In May 2020, the Federal Court found that Kentz Pty Ltd (Kentz) had incorrectly applied its Agreement, contravening section 50 of the Fair Work Act 2009 (Cth).

The judgment means that the three ETU members affected by the proceedings, who all held a restricted electrical worker’s licence, are entitled to compensation of $28,825.02.

Further, the term does not appear anywhere in the allowance clause and as such:

“one would have expected to see that defined expression used in those words”,

if the term was intended to confine to an unrestricted licence.

This decision is a significant win for ETU and its members and serves as a warning against employers seeking to read words into an enterprise agreement.

You can read the judgment of the Federal Court here.

The amount of pecuniary penalty to be imposed upon Kentz for its breaches was decided on 28 July 2020.

In determining the appropriate penalty to be imposed, the Federal Court took into consideration, the joint submissions submitted by the parties, in that:

Although the Court found that Kentz had no prior contraventions and had co-operated and acted promptly throughout the proceedings, the Court agreed with our submissions that the penalty must be set sufficiently high to deter both Kentz and other employers from engaging in similar behaviour.

The parties jointly proposed to the Court that the pecuniary penalty to be imposed on Kentz should be set at $15,000, to be paid to the ETU.

Got concerns about interpretation or implementation of your enterprise agreement?

Hall Payne Lawyers has unrivalled experience in acting for unions in proceedings for breach of industrial instruments.

Contact one of our employment lawyers to discuss your matter and to see what options might be available.

Over $198,000 backpay for mine workers plus fines for Rio Tinto