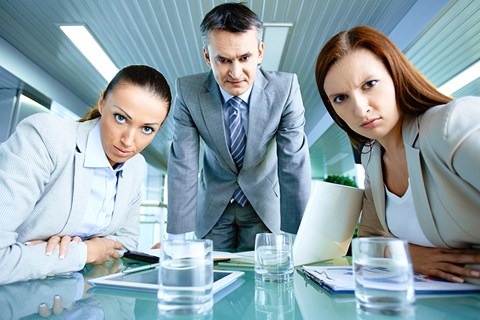 Injured workers who are dissatisfied with a decision by an independent review officer, related to their Comcare claim (for example, reducing or terminating benefits or rejected claims), can apply to the Administrative Appeals Tribunal (“AAT”) to have the decision reviewed. The Administrative Appeals Tribunal is not a Court, it is an Administrative Decisions Tribunal. In this article, we look at the primary differences between the AAT and a Court and address the risk injured workers take if they attempt to represent themselves in the AAT.

How the Administrative Appeals Tribunal operates

Probably the most important, and I would suggest informative observation to make in attempting to explain the difference, is that the Tribunal Members (not Judges) hearing cases in the AAT, are concerned about the ‘merits’ of the decision which the Applicant (in the case of Comcare claims, the injured worker) is unhappy about. These are usually decisions to stop paying compensation benefits or not accepting the worker’s Comcare application in the first place.

Another important observation I would make is that the AAT was set up (way back in 1975) to be ‘inquisitorial’ not ‘adversarial’. Is that how it works in practice? you say. Maybe the best answer to that query is ‘well, a lot of lawyers make a living out of appearing in the AAT!’. There’s not a lot of touchy-feely stuff when lawyers go up against each other.

Adversarial vs inquisitorial – what does that mean?

It’s fair to say that, at least from my experience acting for injured workers in the AAT over the last 25 years, the mood between the parties tends to have more of an ‘adversarial’ feel about it rather than an ‘inquisitorial’ one.

In very general terms, an adversarial system relies on the parties (in this case, the injured worker and Comcare or the employer if self-insured) deciding what material/information to put forward to the Tribunal for consideration. For an inquisitorial system, the Tribunal plays a more active role in investigating the matter/dispute and often has a heavy reliance on evidence.

So, what’s that mean for injured workers?

Well, for a start, any injured worker who attempts to represent themselves in the AAT will tend to lose his or her appeal. Whilst you might think it’s a relatively simple matter of trotting up to the AAT to reiterate what you told Comcare (or your employer, if they’re a self-insurer), you can rest assured they will have at least a barrister, if not a solicitor as well (sometimes 2!) sitting opposite you at the ‘bar table’ when it comes time to argue your case before the Tribunal.

You might also hear or read that there are no rules of evidence.

‘Well, surely that means I don’t need a lawyer to help me with my appeal?’ you think to yourself.

Unfortunately, like anything which involves claims for money (and that’s what an Appeal about unpaid compensation is) and law and lawyers, the answer is (usually) ‘unfortunately you probably do need a lawyer’.

Even though the very complicated rules of evidence that apply in a properly constituted court of law do not apply in the AAT, the Member who hears the case will usually be more impressed (dare I say persuaded) when he or she is presented with evidence that would be admissible in an actual court of law, over evidence which would not ordinarily be allowed.

The lawyers for the other side know this, and therefore are careful about what evidence they present, and how they present it. Unfortunately, most injured workers who attempt to represent themselves, have little hope of successfully countering the arguments put forward by the other side.

When you are considering your rights in relation to a decision by Comcare (or any compensation organisation), then you really need to get some appropriate advice as soon as you can.

Hall Payne act for injured workers on a no-win-no-fee basis, so don’t be scared to at least make an initial inquiry in relation to your worker's compensation claim (or any injury-related claim). It costs you nothing to find out where you stand and it could make the difference between losing your entitlements and getting the compensation you deserve.